^ ^ And you have the nerve to call ME crazy?

Whaa? I never called you crazy.

Actually youre crazy for not SLIing that puppy and running 3 gpus in sli and 4th as physix :)

I could have sworn you were the man beating me over the head for $3,000 worth of PC monstrosity. Perhaps not

Though to your second sentence, I will either get 4 Titans by 2014, or Quad SLI 790s and take the advice on PhysX.

Yeah i may revisit this idea when these next gen parts relaunch. Hopefully quad sli drivers improve...if they are as wonky as today, and 0 games use physx like today, id settle for 3 way sli with best single gpu available. save the movey, electricity and extra heat... 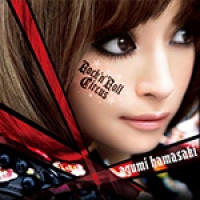 Mine is nothing uber crazy. I don't play any MMOs and shooters really (I've considered Guild Wars 2 but that's about it)... mostly Minecraft, Need for Speed and sim games (like Black & White 2, SimCity, etc) and older games of course. My card is pretty good for when I got it, but it's nothing brand new. It's good enough for my work (Photoshop+Design), games I play and for anything I throw at it. It's an 8GB (ZOMG, it's a PS4!) Win7 AMD Phenom II X4 20 3.21GHZ (it's a X3 720 overclocked and unlocked fourth core) workstation.

I added the lighting as a 'zen mood thing'. Looking through the back when the fan is blowing, all the system fans (blue, green and red) blend to like a purple-ish celestial-ish spectrum. It's not as easy to see in the picture, but it's pretty gorgeous. The redisn't real strong in the back... it's the least brightest fan. My OLD desk... we moved halfway across US... also, there is a dual screen now. The tablet is for my artwork. Wacom Intuos4 Lage propped up on a notebook stand that doesn't have a cooler. :) My setup until we move. Will probably get something like an L desk because I really need the space... I think I'm gonna start hitting up your walls with mssgs before making any future purchases here.

Thanks. They are color calibrated with a device, so maybe that's why they look 'nice' lol. The Samsung is a decent one, it's a 23". The Hanns-G I think is a 19" standard, was a super cheap one, like $100 on NewEgg years back... but I'm surprised how close to accurate I can get the color on it. It doesn't give me any problems, especially since it's kinda old. So +1 HannsG I guess.

My laptop is hilariously bad with color accuracy in comparison... calibrator just takes it from really bad to mostly bad. It's doable for web work, but not good for print at all. It would be nice to have a wide-screen/HD secondary... I'll probably get one in the future... would be nice to keep the other as a third screen, but will have to wait until we move. I'll probably be looking into getting an L desk because I really need the space...

I prefer performance to quality, so I usually scale games down a little bit so they run smoother. Even then, games still look really good.