Forums - Gaming Discussion - What do you think is the scariest video game or video game level?

Silent Hill (in particular 2). Psychological scariness is way scarier than the "jump out and scare me" tactics which the RE series usually relies on. The radio in Silent Hill is one of the best devices used to create the sense of F.U.D.

That said, my biggest "boo" moment would probably be in FEAR. (Spoliers ahead)

I can't remember which part it is exactly, but you approach the top of a ladder and as it turns you around to climb down it, you see Alma approaching the ladder. 2 seconds later as you get to the bottom and climb off, you see your dead friend approaching you at the bottom. Even my friend watching the game at the time jumped at that part.

Silent Hill is by far the scariest game, especially when played alone in the dark. The static from the radio and the dark corridors illuminated only by a small flashlight made this one of the scariest gaming experiences ever. It was one of my first PS games and one of my favorites.

That piano scarred the hell outa me, and I hated the fish in Yoshi Story.

Resident Evil Series for me. I get butterflies on that game.

I say the resident evil series was the one that scared me most.

Nobody said F.e.a.r THAT Scared the livin shit outta me.. I get freaked my little children spesh little girls :|

Feburday 28th will be a Owner of a Wii

The entity that I feared the most though (not as in scared but as in oh, no this could ruin how well I'm doing) was the facehuggers in AVP2 - damn those suckers could ruin your day fast! Scuttle, scuttle, closeup of their underside with tube waving to go down your throat... immediate game over.

Speaking of AVP2 - there should be more games where you get to play the monster. I don't mean chose good vs bad paths a'la Fable or Star Wars. I mean play the monster. I loved how in AVP2 you could play as a marine and be on full alert the whole time, jumping at every 'ping' on your radar, then play as an Alien or a Predator and just feel damn invincible.

It sounds a little strange to say but I loved just hanging from ceilings watching people below, or sitting invisible as Predator watching guards thinking heh, heh, heh... you have no idea what's about to hit you! 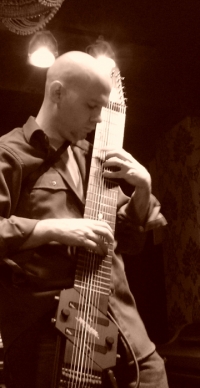