I know, I assure you that I usually find his posts to be the least well reasoned of anyone on the site (don't worry, Leo-j and Soriku, I didn't forget about you  :)). I just think he has an interesting thread (which basically boils down to comparing two consoles week by week during two (admittedly cherry-picked) somewhat similar time frames). Does anyone really expect the PS3 to suddenly start selling like PS2 (other than Crazzy)? No. Of course not. But it doesn't hurt us to look at the numbers.

IMO, this thread is valuable because it provides me data that I would otherwise be too lazy or disinterested to look up.

Most people don't have a problem with making (unrealistic) predictions, but want most of us want is a well supported connection between the data you are using to support the prediction and the system you're making the prediction for.

The PS2 in January 2001 is not a good system to compare the PS3 in January 2008 because the PS2 was very new and supply constrained in 2 regions (North America and Europe) while the PS3 has been around for awhile and is not supply constrained; the fact that the data you choose is bad, and there is no argument to connect the data sets together, means that the analysis is fundimentally flawed.

Ok, reading and comprehension might not be CrazzyMan's strong point. 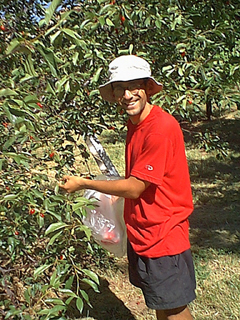 Actually, that makes sense if you think about it for a bit.

I still don't see the harm in comparing two sets of numbers. Even if they are apples and oranges. Let's say that PS3 does not hold up well against the PS2 in this comparison. Ok, that's what we expected.

Now let's assume that it does hold up well. Not what we expected. What conclusions can we draw from it? I have no idea, and I'll bet money that I'll get irritated at Crazzy's explanation. So what? All he's doing right now is collecting data. Seems fine to me.

wow fishyjoe.
It seems like your one of those people who try to be a smart-aleck and think your funny.
you seem to blatantly ignore the fact that crazzyman is just going to post ps3 vs ps2 sales, and tout "cherry picking" crap everywhere. reread the first post and see what people should be here and post. Please.

Interesting analysis, but right now the current numbers tell me neither the 360 or the PS3 has a chance of getting close to PS2 level sales IMHO. The reason is what's different about the consoles this time vs when PS2 dominated.
Right now, current numbers of ps3 sales in January 2008 doesn`t differs much from ps2 numbers of January 2001. That may changes in future, for now it`s how it is.
Why? Neither is selling to to the broad demographic required and neither has nearly deep enough a library in all genres.
THAt is what going to change in 2008, I BELIEVE.
This is one reason why Wii, which is perfectly positioned for the broader, non-hardcore demographic - if I can use that term - is doing so well.
You must be kidding. The main reason, why wii is selling, because it actually has from LAUNCH games, which show system capabilities - controls. How much do you think would PS3 sell, if it would have on LAUNCH games like Uncharted, Ratchet, FFXIII, GT5, KZ2, MGS4, GTA4 and etc. - games which SHOW what really ps3 capable of?
an alternative to expensive PCs.
yeah, that is usually my point. Guess what will happen, when by the end of 2008, average pc will outperform x360. Who will need x360 then? This is rethorical question, don`t anwer, i don`t need flamebait here.
PS3 and Sony have better chance but brand won't do it alone.
Brand.. indeed, say this to Japanese. =)) Even in Europe PS3 was doing better, because of brand, not because it had amazing lineup in 2007. Actually for biggest part of the year it didn`t.
Wii right now is selling so sweet
PS3 won`t be 3rd for whole generation. I could even bet on that.
Personally I think Sony thought it would win casual on brand alone and people trading up from PS2s
There are still over 50 mln. ps2 users who haven`t jumped from ps2 to wii, x360 and ps3. Asuming that ALL those ps3/wii/x360 owners were users of ps2. That would be insane to assume. =))
So right now people are buying
PS3 didn`t stop selling either. How good/bad it will do we will see later this year.
To get to PS2 levels the PS3 needs to start competing with Wii and become the hardcore choice outside of US. Could it do it? Possibly, but not because of how the PS2 sold nor any similarities between PS3 and PS2 sales in their early life.
YET, i am only comparing 2008 PS3 sales to 2001 PS2 sales, to SEE how good PS3 will do in comparison with PS2. That`s all.

@HappySqurriel,
so i should compare 2008 PS3 sales numbers with PS2 2002 sales numbers, just because PS2 wasn`t supply costrained? For WHAT POINT?

CrazzyMan if we wanted to go by your rules for this thread, you'd have to leave as well. You aren't interested in discussing sales numbers of Sony products. As soon as anyone rightfully points out the inaccuracy of your numbers you want them to leave. You have shown that you are incapable of discussing anything Sony related repeated throughout this forum. You post factually inaccurate information and expect no one to call you out on it.

Ohhh! I get it! All I have to say is "Don't disagree with me" and you're not allowed! OK!

By replying in this thread you agree with everything I say. You agree that you will only apply with positive reinforcement to my position, and that you will provide five (5) complements of my knowledge of the subject at hand. You further agree that you will devote twenty-five (25) percent of your salary to the "Truthiness home entertainment fund" and its parent company Truthiness Incorporated, a Megamartiniable industry.

Any violation of this contract will be deamed a breech of contract, and opens you, your family, and anyone Truthiness chooses to legal sanction.

CrazzyMan on 18 January 2008
CrazzyMan if we wanted to go by your rules for this thread, you'd have to leave as well.
@Darc Requiem, so you basically admit that you are retard?
You aren't interested in discussing sales numbers of Sony products.
actually I AM(otherwise i wouldn`t include those messages in the beginning of the thread), that`s why i created this thread. NOT for ARGUING, BUT for discussing SALES.
It`s hard to do now, but with more sales data coming, i think it will be easier. =)
As soon as anyone rightfully points out the inaccuracy of your numbers you want them to leave.
The numbers are ACCURATE, it`s MY FREE WILL to compare 2001 PS2 sales with 2008 PS3 sales. IF you don`t like it CREATE OWN THREAD and do comparison.
You post factually inaccurate information and expect no one to call you out on it.
NUMBERS DON`T LIE. Atleast THESE are most accurate that we have for today.

@truthiness, if you have nothing to say, then what point even to reply? Ha Ha. Not enough threads? =))

I hope we done with arguing on this point, and next page will be dedicated to Sales Discussion. =)