Forums - Gaming Discussion - Name your Fave game for each console you ever owned.

In most cases, I've owned better games that were less addictive, so in terms of enjoyment I would go for Halo 3 over Halo Reach and Pearl over White/SoulSilver etc. 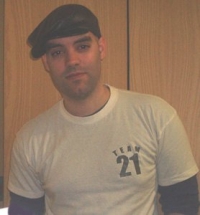 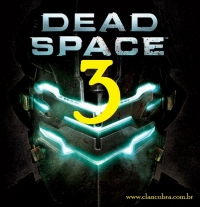 Mike tyson's punch out and oblivion where both high on my list but didn't make the cut. . Awesome games.

Also I fought with my self over Zelda a link to the past and super metoid, which in the end I picked super metroid. I beat that game so many times. I also bought it on my wii. 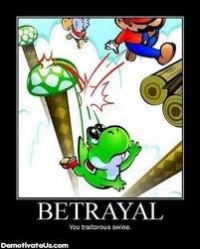 This is really tough. There are many more! I tried keeping only exclusives as well.

I am going to keep my list just to the popular/important consoles since it would take too long otherwise. Plus, I own some systems for collectibility like my Odyssey 2 ... which I haven't really played enough to have a favorite game for.

NES: Super Mario Bros.   (not exactly original, but I am not much of a NES fan to begin with)

Gameboy: Super Mario 6 Gold coins   (I must have played this all the way through at least 5 times, but Wario's castle always bested me till I got older)

N64: Legend of Zelda Majora's Mask  (the superior game to Ocarina for its unique and memorable take on time travel, haunting and beautiful musical score, higher difficulty, and memorable characters)

PS1: MediEvil (one of the best and most original platformer/hack and slash games ever to grace any console. Filled to the brim with charm and humor too)

PS2: Silent HIll 2  (I can't say much more than has already been said about this game ... peerless in terms of its storytelling, immersion, and looks. The perfect horror video game that can only be matched by its sequel)

Gamecube: Resident Evil 4  (A solid game, but something of a mixed blessing since it gave developers the idea that action sells more than horror or any other genre for that matter)

Xbox: Fable 1  (the only game that really interested me on Xbox 1 until I heard about great games like Morrowind, DE Invisible War, and the Old Republic games. I still give Fable 1 credit for its charm and for proving that the Xbox 1 had more to it than just Halo)

Nintendo DS: Mario 64 DS   (one of the best ports until they did Zelda and Starfox 3DS. As for a DS only game I would probably say ... Kingdom Hearts 358/2 just for bringing most of the fun of the series to a portable system)

Xbox 360:  Deus Ex Human Revolution   (as far as exclusives go though I would say Halo Wars since it brought a genre to consoles that was never handled as well before hand, but Deus Ex easily wins this generation for me ... it doesn't matter which console you have just play it!)

Playstation 3: Heavy Rain (great despite its many flaws, and I give it credit for standing out from the crowd of generic shooters and action games)

Wii: Super Mario Galaxy (can't really think of anything else here ... Wii just collected dust for most of generation)

3DS: Tie between Zelda OoT 3DS and Star Fox 3DS (fantastic ports, but I am still waiting for the great new game for the system. Mario 3d Land was just so average)

Not sure if we count this since it is not a console, but I will throw it in anyways...

PC: Command and Conquer  (Was the first truly unique real time strategy game that did not rely on a previous liscence like the Dune RTS did. Great gameplay, amazing soundtrack, and a fantanstic and truly inspired storyline ... still stands as one of the only games to ever use full motion video cutscenes with live actors effectively. Every RTS made after C&C owes Westwood Studios for their fantastic work)