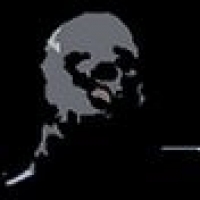 This is why all kids should be removed from the Internet forthwith.

First off, the Wii is better for Nintendo fans than the Gamecube was, many times over. We got two 3D Marios, two Zeldas, a 2D Mario, a new DKC, a Metroid Prime game, a Paper Mario game, a 2D Wario platformer, two Kirby games, the Virtual Console allowing you to play all the classics you might have missed out on, a Mario Kart with online, and a few really great RPG's published by Nintendo.

In the eyes of a core-nintendo-fan that isn't a graphics whore, the Wii ROFLstomps the Gamecube.

If anyone got a free pass this gen it's Sony. Any other console released that way would have gone the way of the Saturn, 3DO, or Jaguar. But the bias towards them persisted into this gen which became their saving grace.

Also, I wonder why a lot of newly registred users showed up after e3 2012 to bash Nintendo, hmmm.

Nintendo always had a very different profile, one that was already well established when the PS came out in 1995. The PSOne had an identity crisis whereas the PS2 actually chose a direction and went with it, Nintendo remained the same.
With the Wii, Nintendo were still largely unchanged, they still went for different and somewhat flaky design choices, formats and hardware and they still launched iterations of Mario, Zelda, Metroid, Kirby and Donkey Kong. The main difference lies in the extreme appeal to the casual audience, but otherwise Nintendo really hasn't changed at all, for better or for worse.

OP: One more thing; yes, Sony has done one helluva job and made an incredible comeback with their 600$ console but that does nothing to change the fact that launching at 600$, launching a year or more after the 360 and doing nothing to maintain exclusives and rights were still shitty decisions that cost them marketshare, approval, trust, loyalty and tons of money.

I kinda see what you're saying. Like if I took a 2D Mario game and replaced the graphics with say Little Big Planet characters it would be considered only an ok game, even if mechanically it is identical. Nintendo has done an amazing job at convincing us their games are the best. This image combined with the success of the Wii makes most fans think Nintendo is invincible. Is that what you're getting at?

Maybe it worked, and Nintendo were 'allowed' to do it because they innovated and saved their struggling business, whilst Sony went from being the outright winner last gen to trailing in 3rd because of bad business decisions?

Nintendo have made billions from the Wii, whilst Sony have lost billions from the PS3. No-one's 'allowed' a 'pass' for that. It's a great console with great games, and if you believe your OP, it's clear you've never played some of the best games this gen (2 Galaxies, 2 Zeldas, 2 Metroids, 2 Kirby, Xenoblade, MHTri, Goldeneye, NMH to name a few).

As a heads-up, your OP comes off as offensive and un-informed. "Nintendo wins the gen because of innovation and Sony lose because of complacency, I MUST COMPLAIN 5 YEARS LATE!"

Exactly. Sony caught breaks that Nintendo would never get, and people act like Nintendo gets the free ride

I have to take issue with the "Family Console" thing what Nintendo fans wanted was a console that was chock full of as many core games as the NES and SNES for the past two gens, they wanted Final Fantasy back as an exclusive on their console, and I really doubt the fanbase that made the original "Conker's Bad Fur Day" and "Perfect Dark" two of the biggest games of their time were really that concerned with having a family console.  I would say there would only be a handful of Nintendo fans saying after the success of the Super Nintendo and  prior to the success of the Wii as a family console that what they most wanted in Wii was a family console.

I think the ones that defend Nintendo the most on boards are long time Nintendo fans since I don't think the younger or newer gamers would have as much knowledge as most of the bloggers do or as much of a commitment to Nintendo's history.

sales mean little. Gamers aren't on nintendo anymore. they moved when the gamecube was lol. then the wii came out and they loled more. the only reason nintendo sold so much this gen was the casual market surfaced for the first time for consoles. The sad thing is, even though this is true, I will still be marked as a troll and banned from this forum ( again).

but face it.  Nintendo's market this gen is 2 age groups

sales nintendo will do fine, the gamer market nintendo lost 2 gens straight and most likely next gen as well.