Forums - Microsoft Discussion - I was right all along... (Star Wars Kinect)

Since MS and Sony copied Nintendo's push for casualz and motion based controls, I've repeatidly said

1) Kinect is not a good product for gaming, but would be better for general TV/Entertainment Device/PC. For gaming... you simply need some basic controls for the majority of game genres.

2) Kinect Star Wars will be horrible and will simply prove my point further.

Well, the game finally launched... and like any "core" Kinect game before it, it has a thick layer of suck all over it. Metacritic scores are abound with tons of regret and hate... which leads to pain and suffering, pun intended. The tons of reviews speak for themselves and I really don't need to go into them as its already been done a few times on VGC lately.

Personally, this really irks me as SW is my all time favorite IP. I've watched the movies countless times, I waited a day to buy tickets when the original SW was released, and I almost bought the special edition 360... just so I could have it. I would have sold off the game to some smuck on Ebay and probably not even bought any other 360 game beyond Gears, but the SW theme looks so badass.

In the end, to all those that argued with me almost a year ago, saying Kinect would be awesome with core titles and this game especially looked great... even though it lagged like all hell and simply look pitiful, I say I was right all along... EAT IT!

I can't wait for this year's E3 with the next-gen Kinect and all its awesome casual games that you all want so badly. Maybe we'll get a really f'ed up Halo. Halo Kinect... now you're playing on-lagged-rails!  (pew-pew)

Did anyone like.. think Star Wars Kinect was gonna be you know.. well recieved? I sure as hell didnt..

Well done, mate. What we can learn from this is that reasonable predictions eventually become true.

Dude, you're so smart, wanna be my friend?

Twesterm is going to permaban you for this! Goodbye, Mr Chunk. 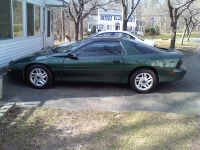 i think ms knows well enough to limit kinects use on halo. it will probably have optional stuff like voice commands. I will be shocked if they allow complete control using kinect

I know. Sony and MS look especially stupid now that the casuals have left consoles altogether. Microsoft would have been better off investing that money in an extra month of exclusivity for the Resident Evil 6 demo or something.

man, i was going to come in and tell you have arrogant you've been lately with all these "i'm right" posts. but then you brought out the pew-pew. bravo sir, you have my respect.

I can't wait for the Nextbox to not release this year.