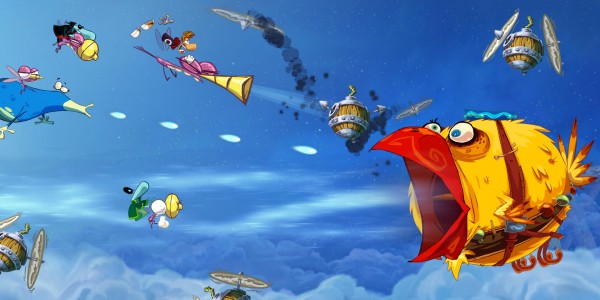 The publisher also mentioned that online pre-orders will net the purchaser a free digital download of Rayman 2.

According to a later post, all major digital download services, including Steam, should carry the game, and “no, it won’t include any ‘complicated’ DRM.”

The beautiful, toony platformer is already available on Xbox 360, PlayStation 3, and Nintendo Wii. The game will also be a launch title for Sony’s PlayStation Vita.

Is that picture of actual game play? If so then that looks amazing!

Yes, I think so. The art style is really good!

So, how many pirates per buyer you think? I'm guessing 5:1.

Is it a Ubisoft game?

I thought I remember hearing something similar with From Dust.

I hope they would do the same thing with the vita version.

Yup, From Dust is available on Steam too

Hope this sells well, though I can't see it doing well given it came out months ago on consoles ...