Forums - Nintendo Discussion - When was the last time you played ps1/n64 era?

Super Mario worldis a game that Can be played over and over again. And the star road always sucks!

A couple of weeks, when I replayed Pokemon Snap. In general though, that was not my favorite era. The 4th and 6th generations have left more of an impression on me. 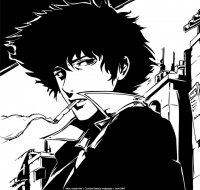 OT: I am playing FFIX for the first time.

If you count PS1 Classics? I just played and beat Spyro 120% this week.

What was the extra 20 percent? Secrets? I only played the demo that came in the Playstation magazine back then.

Yeah it does... I hate the 2nd and 7th levels of star road the most.  The ones with those damn P baloons and the walking, hopping fire.  WFT???

How many times does it still take you to get that first P balloon level done?  Lol! But when you finish the star road you feel like you really accomplished something other than getting a new weapon, like they do in today's games.

I'm playing Grandia right now on my PS3 as a PSN download. Since jRPG releases are thinning out, I'm going back and playing what I missed back in the day. I just don't care for alot of the Western stuff these days except for a handful of titles.

That's the special world, not the star road.

Is the special world not ...oh yeah! Well that whole thing was a pain. Thanks for the clarification!