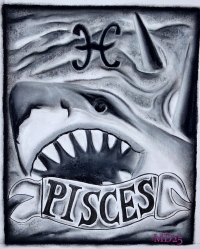 Ride of the Planet of the apes was definitely my favorite move of the year, other great ones were X-Men First class, The Devils Double, Harry Potter 8, and Super 8

I must say i think this year was a pretty weak year overall. There was a lot of solid movies but hardly any amazing movies.

Anyways i watched quite a lot of movies this year, as i do every year :), and these are my favourite movies and also movies that i felt was well done:

1. Rise of the Planet of the Apes. Hands down the best movie of the year for me, but then again it was a pretty weak year, irrespective it was really well done and i enjoyed it.
2. X-Men First class. Very good movie, a more focused story and less about the action this time around but surprisingly i didnt mind.
3. Warrior. I had no clue what this was about going in, but being a fan of UFC and mixed martial arts fighting i was genuinely surprised i also found the fights to be portrayed accurately. Very emotional last fight, although at that point you already know whose gonna win it. I wouldnt say this is one of the best movies this year, but it was a personal favourite.
4. Real Steel. Again i had no clue what this was about i hadnt even watched a trailer of it. Again a nice surprise, i know a lot of people just see a rocky clone and although i dont agree with that, i dont really care because it was entertaining :)
5. Rango. Hardly any good animated movies this year, but Rango was pretty well done.
6. Zookepeer. Funny as hell! Especially the scene when they playing with the drapes at the party LOL.
7. Crazy stupid love. Yeah i like romantic comedies -_- dont hate.

Other movies i thought were good and enjoyed but wasnt really anything special: Immortals, Three Musketeers, The Change-up, Friends With Benefits, Harry Potter and the Deathly Hallows Part 2, Pirates of The Caribbean 4, Thor, Water for Elephants, Hall Pass, The Eagle, Just Go With It, No Strings Attached.

I actually though it was a good movie but the first one is a masterpiece and everything was done perfectly in the first one, it is also one of my all time favorites, the second one just doesnt compare. I also though contagion was a load of horse shit.

Rise of the Planets of the Apes was my favorite movie of the year. I didn't expect this movie to be any good, but I was wrong. Great movie; I actually cared for Cesear.

Other movies I enjoyed this year: Captain America, Insidious (the first half was awesome imo), Rango, X-Men First Class, Fast Five, and Super 8.

As for the movies I didn't like this year: Cowboys & Aliens, Conan The Barbarian, and Saving Private Perez (yes it's a real movie).

I hope The Girl With The Dragon Tattoo is good; I loved the Swedish version.

My favorite movie of the year was definitely Immortals and the runner up would be Sucker Punch. Pretty much every movie by the people who made 300 has been amazing.

1. Harry Potter: Book 7 - Part 2 (Epic finale)
2. Rise of the Planet of the Apes (Just amazing)
3. Pirates 4 (I love me some Johnny)
4. Puss in Boots (I am a huge fan of the Shrek movies. I found Puss to be lovable as usual and Humpty Dumpty is a pleasant surprise. Also, I laughed throughout the whole movie)
5. Fast Five (It surprised me in every way. I just really liked it)

I was also a bit disappointed with Kung Fu Panda 2. I'm not sure why as it was a good movie but for me the first Kung Fu Panda was Pixar-quality (and perhaps more).

Also Bridesmaid is just so damn cheesy and awkward :/
I mean I get that it's a girl movie but come on.

-Harry Potter easily, just a flawless end to an epic series.
-Muppets was also a incredible, strong addition to the Muppets history.
-Fast Five, was really good too, my third favorite movie of the year.
-Rise of the Planet of the Apes was great and surprising.
-Horrible Bosses wasn't great, but it was actually pretty interesting.

-Rio and Thor were slightly disappointing.
-Kung Fu Panda 2, Hangover 2 were as terrible as I predicted.
-Cars 2 and Pirates 4 were HUGE disappointments.

Drive is an amazing oddball to me.  Like Hurt Locker, everything about this movie is top-notch even though I can't stand the violence in this movie.  When you see critics throw out flashy words like "arthouse violence" it just mean a disgusting amount of gore (that I argue was unneeded).  If you're easily nauseated by that stuff don't bother watching.  If you're fine with that, prepare to enjoy Drive and the new 'jacket king' (sorry Alan Wake).

That is amazing that this movie was so popular! Do you think it will win any awards this year?

The Hurt Locker was pretty good, I like when they were trapped by the Sniper the best.