Some people on VGC have already seen it, many more will see it midnight today

I will be seeing it on saturday in imax 3D in London! 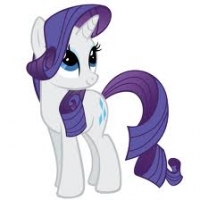 Pretty great film overall, Worth driving home at 3 in the morning during midwinter for

I rated it a 9. The best HP movie without question and an overall awesome movie.

So I loved the film, 2nd best Potter movie since goblet of fire!

But its been wayyy overrated by critics. I mean critically its toe to toe with Return Of The King...lolololol puh lease

Harry, Ron, Hermione...never have I cared so much about characters on screen, the actors were charming, believable and emotional...excellently acted

Hogwarts manning the boundaries and the defense bits

THE 19 years later ENDING FOR HAVING THE "Leaving Hogwarts" Theme in it!!!

Parts where it felt like the film stopped "flowing"..pacing was slightly weak in parts

Molly Weasley's big moment came across as fake and cheap

I Didn't feel that emotional...dunno why..many emotional parts were rushed

Felt too dragged on to me in parts, which is bad I shouldn't bee feeling that

The soundtrack was mediocre in parts

I have read, listended to and now watched the entire series.

The Audiobooks still win. I was not a big fan of the last book (reading it) liked the Audiobook a bit better, but actually enjoyed watching it more (this is the only book/part) I liked more than the other 2 forms of media.

10/10. I'm glad it is over. Sorry I just could never get into that....  No diss to the fans; I am sure it is a great series.  Maybe if I tried to read the books I could get into it.  Then I'd be just wishing I could wave my magic wand all over the place (wouldn't be a good thing).

Now Darth, I know you're a big new trilogy fan, but Revenge of the Sith doesn't deserve to be on that list. It didn't improve on the weaknesses of the entire new trilogy and added a few more, especially given how they pratically destroyed the conception that the old trilogy created of Darth Vader with the fight in Mustafar.

RotS is probably the best of the three new trilogy movies (although my personal favourite is Phantom Menace, mainly because of the best fight scene in every star wars movie with one of the best songs as well, Duel of the Fates and the Pod Race), but it's miles away from the quality of Return of the Jedi and Return of the King.

Also, how would you rate Alan Rickman's performance?

Cons: 3D wasn't very good imo, they should have recorded it in 3D instead of adding it on; Probably hard to follow for someone who hasn't read the books.