Forums - Gaming Discussion - So who's gonna do drugs and play Child of Eden!?

EDIT: I might have to try it one day  :D

Finally some concrete proof that you are wrong, because it seems NOTHING anyone has told you has been able to penetrate your skull.

Now walk away in shame.

EDIT: If anyone is wondering why I turned into a maniac all of a sudden then please just check out the following threads.

Guys, it seems the kinect version wont be that great...

''By the end of my play-through, I came away feeling jealous of those around me who had opted to play the game with a standard controller.''

''Kinect effectively ruined my experience with Child of Eden''

'' I'm pretty sure I'd get frustrated if I was playing the Kinect version of Eden that way.''

''that playing that way feels like you're playing a different game. It becomes less of a game where I'd want to attempt a perfect run through a level (or "archive" as the game calls them), and more something I'd want to put on "Easy" and play with zero challenge ''

This is not some plan of mine to 1up Aussiegecko. The one consistent thing in all my posts (bar the last few that Ive enacted some revenge on him) is that the game experience is the most important. So if its not so cool with kinect then I'm playing it with move.

It's possible that the Kinect version could still improve substantially, and even exceed the other versions. The way things look now its a little doubtful though. If it does become the definitive version, then I'll be the first to try it out on Kinect and sing its praises... Time will tell.

Just playing the game is enough to get on drugs.

No because I do not own kinect, but I own a wii and know it is fun so I can only assume I will enjoy move. I would have to try the kinect version first before I spend money on kinect itself. 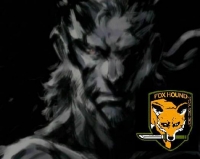 ill smoke a bowl as usual for most games

Yup, gaming and movies quickly lost it from just standing on the balcony, 12 floors up looking out over the city below at night with the music going in the background. Walking through the park at night also great, but maybe not advisable in american cities.

any favourites to play stoned? :)

I do believe my country is *a little* more dangerous than yours   :P

I'm getting it for sure cause it looks like a trippy awesome good time!

But I'm gonna go ahead and skip the drug part.