During a postmortem on Super Meat Boy here at GDC 2011, Team Meat's Tommy Refenes spoke at great length about the plight of developing the most punishing game of 2010 -- a long stretch of development Hell that has since seen nearly 400,000 copies sold across Xbox Live Arcade and Steam, he revealed. As part of Microsoft's Game Feast program, as well as several impressive Steam sales, Super Meat Boy was afforded a lot of time in the spotlight, though Refenes also attributed its high Metacritic rating as another catalyst for the rise in popularity.

Later, Edmund McMillen, who participated in the postmortem through a Skype video call, confirmed that Team Meat has procured 3DS development kits and is currently working on something for the platform. "We dont know if that'll be Meat Boy or something else, but who knows?" McMillen concluded coyly. 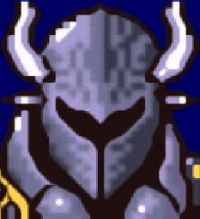 Has nintendo said anything about what the max size 3dsware game download can be? Wiiware size was way to small.

Super meat boy is awesome. Hard to play with keyboard though. I am trying to figure out a way to use my ps3 controller for it on pc :)

Impressive sales. Once I've finished my backlog of PC games I'll probably buy it on steam.

speaking of PS3 controller, i just noticed this wasn't released on PSN ? i must have been confusing it with something else.

Yeah Team Meat wanted to bring it to PS3 but they had a falling out with Sony.

Lol, Sony must be vegeterians.

Yea. Right now it is on Steam/PC and 360. I played it at friend's house and loved it *well hated dying million times per second hehe*. So i got the steam version. Would have loved to have it on PS3 though.

I just see all the red blood/meat as ketchup while playing it for some reason. Hahaha.