The 3DS is Capable of Cell Phone Functionality OMG! Remember the good old days of picto-chat? Yeah nah, me either. The Nintendo 3DS, which will be released in late February in Japan and someday in March in the West, has yet to release specific information regarding the 3DS's online operations. Will it have a universal friend code? Will it stick to the same online model as the Wii and cause anger to some fans? These questions have yet to be answered. With rumors of a PSP phone and PSP2 having some form of cell phone functionality surfacing how is Nintendo going to strike back? Of course Nintendo doesn't have to respond in any way. It's not likely for it to be even a threat.

There is data supporting the notion that one would rather carry a cell phone then a gaming device. So how can Nintendo MAKE their users carry their 3DS as well? It has already shown off it's tag mode and other functionalities to connect with other 3DS. Though it lacks one thing. Users will have connection limited to only the 3DS. Here's my idea:

The 3DS is indeed capable of cell phone functionality without a doubt. It can connect wirelessly to any Wi-Fi hotspot. Yesterday my friend chatted me on Facebook and it gave me a brilliant idea. She no longer had a cell phone and she wanted me to show her how to set up Yahoo Messenger so she could send SMG messages. So Nintendo could easily partner with or create their own 'app' for texting..FREE texting!

*Girls screaming all over the world and some boys*

There is so many benfifits to this. It's a great feature that would attract a huge population of people without cell phones. Afterall we spent most of our day at home. It would give many people the oppurtunity to text friends and family. The more people that carry and use the 3DS the more likely scene of them buying gaming software. Why? Well come on! You can't have a Nintendo product and not buy Super Mario games.

Later on the generation when they make improvements Nintendo can also come up with a plan to allow users to be able to have a 3G connection. I've seen some of those USB connections at Wal-Mart for 3G connectivity. Consumers have a choice and if they like something they see they will buy it (Wii Fit-Kinect). Don't want 3G connection? Then don't use it. Along with 3D video chat! (Hopefully they upgrade the camera resolution)

So 3D movies without the use of 3D glasses.........HOW COOOL IS THAT?!! Nintendo along with movie production companies can team up to advertise their 3D movies. When a movie comes out on store retail one sees a commercial for it. With a 3D movie or when any movie comes out, they can also inlude within the commercial that it is available to see (glasses free) on the 3DS. In stores the 3DS movies can be placed along side its non 3D glasses free brothers and sisters so people don't mistake it for a video game.

They also need to post banners saying the following:

Play your favorite games in 3D!

Well those are my ideas, I thought that I should share them with the VGChartz community. What's your take on this? Comment below!

Personally I know it will come some day, but I really don't want Nintendo Phone. Hell Sony Playstation Phone doesn't sound like a good idea either.

That's of course a direction Nintendo should pursue at all costs. We have seen the rise of gaming on cell phones and we have also witnessed that demand for dedicated handheld gaming machines dropped significantly at the same time. Therefore Nintendo has to include cell phone functionality in the 3DS.

Pushing 3D movies for the 3DS is also a great idea, because people will be all over purchasing the movies they already own again. A similar strategy led to tremendous success for Sony's PSP, so Nintendo should really go for it.

Having one in all package is a good thing not a bad one. If I can listen to my mp3 music on my gaming device rather then having both in my poket, then it's far more convenient. The same with a cell phone, having a camera, etc. I don't know why you all try to turn this into a negative scene. We would of bought the device because of the video games and gameplay regardless but having these features just adds flavor.

Nintendo is pretty bent on staying a game company. They may make attempts at cell phone connectivity, but at the end of the day, people will still be buying their systems for their games.

Besides this, I still haven't seen any solid evidence that smartphones are lessening current DS sales. It's still selling very well as a game system. Sales have been down YOY, but that's more of an effect of the 3DS coming and also the DS reaching high saturation.

Another thing to keep in mind is that Nintendo is very much against any kind of monthly fee on their customers. Last year Iwata said at a stockholder meeting that they would only include 3G if they could find a way not to have a monthly fee (taking the example of Kindle where the connection is paid through sales). Seeing as the 3DS does not have 3G support, it seems as if they couldn't find a way to do this.

As for 3d Movies, I imagine that this will be some kind of pairing with Netflix. Since their instant streaming movies were moderately successful on the Wii, they will likely bring Netflix to the 3DS and have 3D movies exclusive to the system.

The one hope I have is that pictochat will actually be useful now that you can send messages without other DS systems having to be in a chat room. If I could go to the mall and see everyone within the radius that has a DS, it would be interesting to send off messages to them. Where a cell phone is a good way to stay in contact with friends, the 3DS may be a better way to meet new friends.

That was very misleading :/

Like the DSi and PSP are capable of cell phone functionality.

Its very obvious he isnt trying to turn this in a negative scene. Hes simply questioning the worth of focusing on non gaming quality. Lets see what Nintendo think of that. Honestly, I would also be surprise if they heavily focus on those functions in their advertisements.

Between, your confusing voice over IP or text over IP (it already exist) with cell phone functionality. 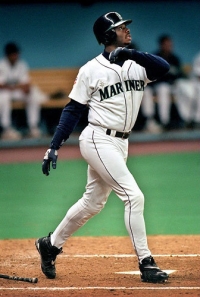 I love to have skype on the 3DS!