Also, what if Kinect is HUGE success?

And what if it's a moderate success?

I would post my predictions but I just wanna read others. and I suck at predicting anyway. 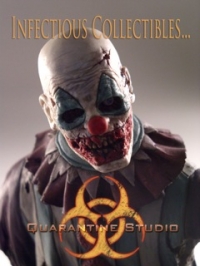 Sony and Nintendo will stop making console and will develope games for kinect, also people will start selling there wii and ps3 so they can buy more of those quality launch titles coming with kinect

Third parties will shift development resources for hardcore games from 360 and PS3 to PS3 and Wii. In exchange the 360 will get watered down ports of iPhone games.

ps3: no effect at all

wii: no effect at all

Thants really hard to say. I don't think Kinect will have a huge impact on the competition. If it's a success it will just mean that Xbox 360 will be even more popular than it already is. PS3 and Wii should still continue down the path they are already on.

Personally if it comes down it to, i can see them teaming up. cross platform games could be very powerful if they exclude the 360. which i think has happened to an extent already - No More Heros, Dead Space Extraction. but none of these are system sellers.

which brings me to my next point, imo kinect has to be more than just a 10mil selling peripheral, it has to sell consoles. the point of kinect is to prevent loosing the console war and to make the xbox the console on everyones lips. if it dosent increase the userbase it dosent put 360s in more homes, thus it cannot defeat sony and nintendo. so imo kinect needs to move those units to be considered a moderate success. (just my opinon, no one get upset).

If Kinect continues to be successful.

Wii looses its #1 reason that it is different.

PS3 will just continue to be behind the 360.

Maybe sell themselves to Apple to try to get that cool design buzz?