I wanted to ask a follow up question to Kantor. What was it that made you think the game wasn't started yet? GodofWar's post listing people who didn't post or Khuutra telling me to back off until the day starts?

hey, I just point out possibilities.
Just because I don't buy hatmoza's story, doesn't mean I'm on mafias side. :p

So what's your opinion of hatmoza? If you don't believe he's what he claims, what do you think he is?

Let's just take as an example that hatmoza is a mafia member who can recruit the SK. They both work together and tell the town that he is a Vigilante. The town thinks the SK is a Vigilante and he can happily continue to kill people for the mafia side. What would prevent him from that? We have no way to tell for sure if it was a Vigilante or SK kill. Also we could have another Vigilante, so the SK could blame him if something goes wrong.

Look, I'm not going to accuse anybody at this point of the game, I'm just making up theories that could help us later in the game. Heck, we don't even know if such a role even exists. We have to wait for the night actions anyway before we can draw conclusions. 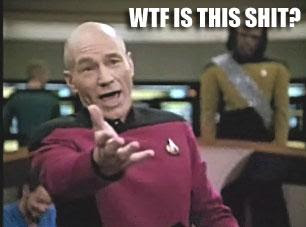 Final-Fan, you're overanalyzing a bit too much.

Kantor said He thought the game did not start so he edited it out.

Really now.... some of you are going into far too much detail about some stuff that really doesn't even matter.

I'm off to work so if anything changes then my vote CAN change along with it. Now don't freak out because I voted no lynch like last game..... I know the timing is a bit different, but my reasoning is the same. No one is suspicious enough to vote for yet, at least, that I think is scum.

I thought people were passed the idea that a role of a mafia member recruiting the SK was out of the question.

Will people stop trying to make me seem like some sort of recruiter. I'm nothing but a psychiatrist who's job happens to be to cure the SK. Nothing new here people. We've seen this in multiple games already. The only twist is that Kratos becomes a vigilante instead of a town.

Also, Do you really think if I were mafia, I would put my "team" at risk so early in the game? I'll most likely be investigated, watched and tracked tonight?

The only way I could see this being possible is if you had a Godfather role and knew you'd come back innocent on investigation but that theory doesn't hold well because of your nameclaim. I don't see Athena being a Mafia Godfather and since nobody has contested the nameclaim I have no reason to think you are not Athena.

As I've said earlier, I'm not accusing you. I was just giving theories. Mafia games are about lying and deceiving, and I just don't believe everything people say. If it helps you, I'm not really thinking you're lying, but I want people to keep it in the head in case something unexpected happens.