Forums - Sony Discussion - Demon's Souls Back at 90 on Metacritic.

Thought I'd share this with you guys. 7 months after it's release, the positive reviews keep coming in.

Congratulation to From Software !

Quite possibly my favorite game this gen.

Does that mean that someone gave the game another 100 score?

Gee, Metacritic is such a MESS. You know, they include so many "foreign" reviews. You may look at one game and find tons of reviews from european sites: italian, swedish, german, portuguese, etc etc. Even reviews to imports (chineses, japanese versions) Isn't Metacritic a site completely written in ENGLISH? I don't know but I think all those reviews from outside USA are out of place. It seems to me Metacritic is an american website. Why do they have to include reviews the majority of their readers (americans) won't know shit about since they're not written in English? 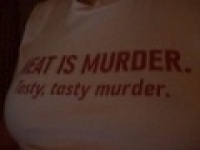 Too bad that great reviews don't equal great sales...one of my fav games this generation

Sweet! Now we can say it's AAA again! But then someone will give it a low score and it will fall again.

All the while the game will stay the exact same, which is to say, awesome.

My favorite game this gen.

^pffffttt Any game that deserves game of the year nomination is AAA in any book.