Forums - Nintendo Discussion - Time to bring back the Nintendo Seal of Quality?

The Nintendo Seal of Quality was introduced with the NES, after Atari infamously allowed a spam of shovelware titles onto its platform (which largely contributed to the low consumer confidence in video games, and the crash of 1983).

Does anyone feel that Nintendo is going against its roots, allowing so much shovelware on its console? Should Nintendo force every game that comes out on the Wii to meet minimal standards, and receive the seal? 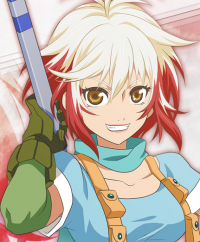 Look how big that rabbit is, and how small that horse is. =O

Edit: What the hell is with her arm? This is a disaster of a game cover.

the seal is on every game for a Nintendo console, but yes I do think standards of quality should be established

The Seal is already on everything. But they should reinstate the 2 games a year per developer rule they had back in the day. Helped to control the shovelware issue they're having now.

A) The Nintendo seal of quality was never about quality. It was about making sure you paid Nintendo licensing fee otherwise you wouldn't get it.

B) The internet. This isn't like the old days where we had nothing but box art an if you were lucky 1 game magazine to make help make your choice. With an overabundance of ways to talk about and find info about games a "Crash" like the Atari faced isn't likely to happen.

If you buy a bad game this generation, honestly it's your own fault for not doing a little bit of research before you threw down 50 bucks.

Bad idea is bad!  Really that's what caused PS1 to rise, really video games are beyond the era of the video game crash, there's no need for weeding through the trash, older folks will do it themselves, they weed through the trash everyday with telemarketers and other useless junk being offered to them, so video games are no different especially now that games aren't sectioned off for kids and grown ups wanting to be kids and less of a negative mindset towards them, hell you see less violence and sex being blamed on games than back in the 90s thats a good thing, and means that consumer confidence isn't low.

So maybe not giving out the license to crap games, might be a good idea for a few people that whine about it, even though most of it doesn't sell (especially to the whiners), and guess what Nintendo still makes money giving them the license to make a crap game that sells like crap, terrible idea to send away free money.

It was also about quality, or at least it was to give the consumer confidence in what they bought.

It was 5 games per publisher per year. Some had gotten around this limit by publishing under a different name.

No. Such official seals are stupid.

Actually it was more about breeding nonconfidence in unliscend products. The 5 game per publisher rule was the quality control law. I don't believe a game was ever denied the seal of quality.

No... how do you measure quality? We might not have gems like carnival games or lets dance.. games which brings fun to millions of people.. your quality might be different then for others..