Forums - Gaming Discussion - NFTs are a force for good!?!

Back in the PS3/X360 era EA and other publishers introduced so-called "online passes" or other types of one-time vouchers (Bayonetta 2 + Bayonetta 1 Download Code) to target the second hand game market: https://www.gamesindustry.biz/articles/ea-second-hand-sales-are-a-critical-situation

Thankfully game publishers have seen the light and are now going all in with pro-consumer policies: https://www.pcgamer.com/ea-calls-nft-and-blockchain-games-the-future-of-our-industry/

In the future I fully expect gamers to be able to (re-)sell their digitally bought games on the worlds biggest NFT marketplaces for games: https://www.allkeyshop.com/blog/buy-fifa-21-ps5-compare-prices/

Would you like to buy a bridge maybe? Or a Star? Maybe a piece of the moon? One day it' going to be expensive real estate!

Why do you expect gamers to be able to re-sell their digitally bought games ? It's easily possible now, no need for NFTS, yet not interesting to publishers.

Companies will find a way to stop this. If digital copies can be re-sold, it would change the market completely.

Except that publishers don't need NFTs to be able to allow you to re-sell your stuff, they could have implemented that for years already with current technology but they don't, ask yourself why they don't.

NFT's aren't some magical technology that makes stuff previously 'impossible' now possible, the stuff is already possible, it's mostly just a new buzzword to rope people into the next pyramid scheme.

Survey Says Developers Are Definitely Not Interested In NFTs 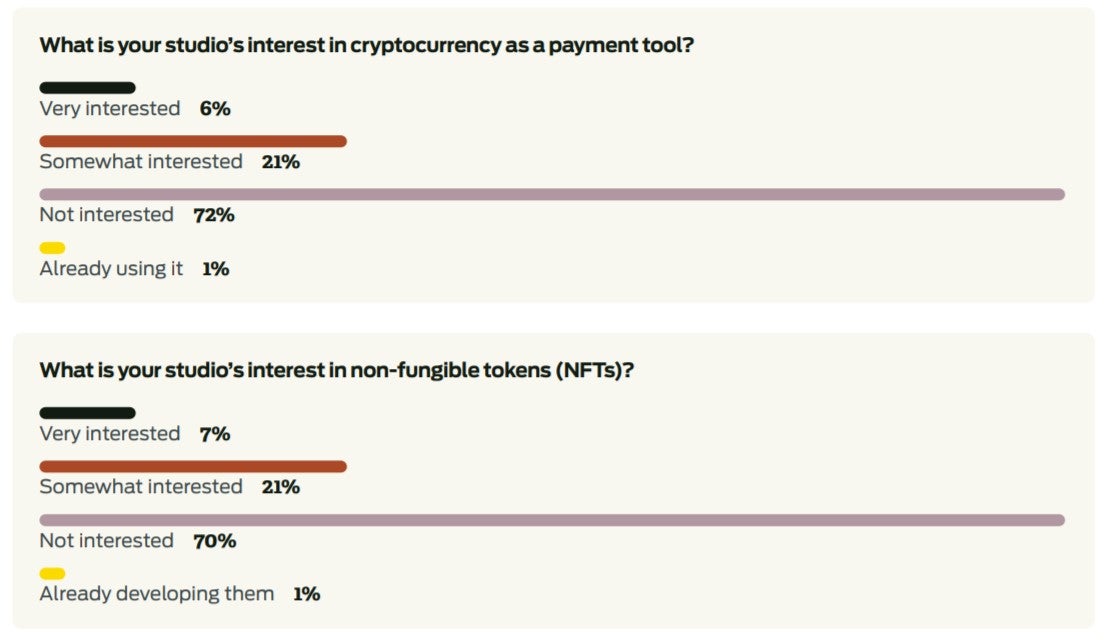 Like already said, publishers would already have done this using existing technology if they really wanted this. It shouldn't be too hard at all. At the very best, if NFTs are going to allow us to sell our digitally purchased content, it's going to come with a catch.

I still say NFTs are a load of shit.

I feel like the more I see pro-NFT posts, the more I recognize a literally very common format and use of grammar as if there's only a handful of real people running the vast majority of pro-NFT accounts lol

Everytime I see your Avatar I start blushing how adorable it is.