Forums - Sony Discussion - Sony is going to mess up this Gen

I hate right before new consoles come out. 90% speculation and false info. DOOM and gloom over the smallest factors that may or may not mean anything. And if course....threads like this.

Hell the same thing happened with the PS4 itself when it came to downplay. First MS fixed it, they listened! Then it was X1 has more exlusives in the first year. Then it was the indiestation 4 BS (now sony fans oddly throw that shade at Switch), then it was "their games are just movies", and then, like the Switch, the install base grew so large that haters could not outright Doom and Gloom it.

I hope they do release a state of play soon with more info. Not because sony might "fk up" if they don't, but to shut everyone up when it comes to baseless speculation. If they reveal the thing and they drop the ball like they did with PS3 or MS did with the X1, THEN we can have a decent discussion on the matter. Right now it only serves as a playground for certain fanbases to hope the PS5 flops for some reason with nothing to go on but made up concerns in their head.

that makes sense considering PS4 is still relevant more than the xbox one so MS is in a position to make more noise.. but still having a soft Ps5 reveal via wired article is so not sony

Sony is quiet because they are still selling systems unlike MS.

MS is just speaking to the internet fan boys, no real information, repackaging old features as new. The only hard facts are the dimensions of the box and a Tf number that doesn't mean much without knowing how they got to the number. There was a time when next gen launch game previews would generate excitement, none of that yet. And probably for good reason since it will be the smallest generational leap yet after the mid gen refreshes and further diminishing returns.

XBox to 360 was 12 times the flops, 360 to XBox One was only 5.5x yet to One X 25x! The Series X only doubles the One X, but 9x the original One.
Of course there are also many other improvements to make the next gen more efficient but that's true for every generation.

The average tv size makes native 4K already a bit overkill while 60 fps will be plenty for console gaming. Ray tracing will have to provide the wow factor but won't be that impressive at first since static pre baked lighting and reflections have done a great job so far. What do all those on/off comparisons have in common? None of the off versions comes anywhere near close to the lighting in for example Death Stranding.

So yep, beat the drum on vague specs, keep repeating it will be the most powerful console ever made (isn't that true every new launch) and don't show any actual games...

Meanwhile MS Flight simulator is stealing the show with how good it looks, but it will be available on this gen as well.

I agree on all 3 points.

its not about the failure or success of a console, PS5 is going to do well.. but its about the approach towards a generation and user experience.. By messing up i meant was is sony playing too safe, afraid that they dont anything stupid to hurt the brand.

and my genuine fear is that about sony marketing department.. who can forget how horrible sony were during the PS3 era hardly promoting their exclusives. they did rectified that with Ps4 but recently out three major exclusive Days Gone, Death Stranding and dreams only DS got some credible marketing budget..

you basically are using fanboy innuendos as general narrative across the internet.. but anyways like few out here you are trying to take high road and treating it as if this is a rant thread.. Maybe its because english is not my first language or you just enjoy being dense and having argument instead of a discussion.

Like I said this is discussion. "on why sony is being quiet??" considering they had no qualms about having a lack luster reveal in wired articles.

ok valid points.. but sony has already announced PS5 if they really didn't want to hurt PS4 sales.. then they wouldnt have bothered wired article and keeping everything tight..

By now everything is locked.. apart from the price, coz its at E3 when MS is going to announce the price.. and I m surely certain that sony is not going to hang around till then to properly reveal the console and let ms have all the mind share till e3. Nobody is asking to reveal the price but assuming that sony will wait for ms to reveal the price first is just ridiculous 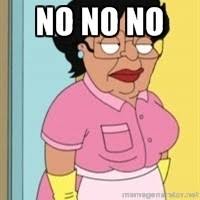 There is no agrument as there are no facts to support any problems or lack thereof with the PS5.  The "fanboy innuendos" are a play on what seems to be present all over the place, not an accusation of any group overall.  They are a vocal minority, but being vocal makes them stick out the most.  The "fanboy innuendos" are literally all anyone has to go on at this time as to why Sony might be dropping the ball with no confirmed info to support it.  So maybe you "just enjoy being dense" and you cannot even consider that the speculation is pointless at this time, and the silence means nothing in the grand scheme.

i m sure they do... but my fear is that marketing department might be a let down for PS5.. coz the strategy is confusing as hell, why do a wired article, instead they could have made PSX a major event by announcing or demonstrating those same feature in the article without showing the box.. just like they did on 20th Feb 2013 for PS4 reveal.

Also r Sony WWS has never let its gamers down its the marketing department that has messed up, and we have witnessed this during PS3 era.