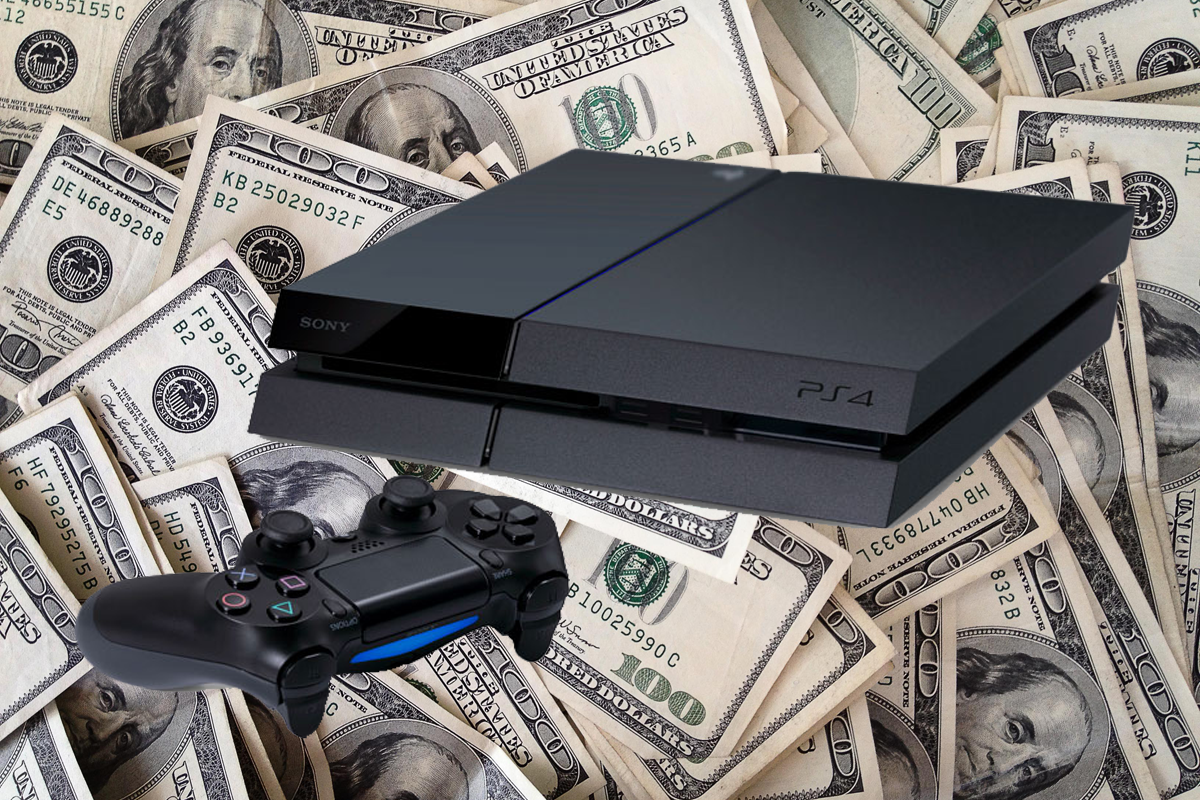 So, we just had the news that the PS4 has now shipped 94.2M units as of Dec 31st, 2018.  I watched a few videos concerning this topic, and was surprised by some of the comments.  People are actually still doubting the sales of the PS4, saying it will barely pass 100M, with 110M probably being the limit.  This reminds me of the thread we had here, asking when the PS4 would pass the Wii, with too many people saying it wouldn't even hit 100M, even given the trajectory of sales at the time.  I suppose that is still a little more acceptable, given we were still ~20M+ away from 100M, if memory serves me right.

Now, I get doubting a console before its launch and even during the 1st year of sales, which I had done recently for the Switch.  But, I think after a year or so, the reality should kick in and you adjust your view on the subject.  With the PS4, we are over 5 years into its lifetime and people are STILL doubting its sales.

So, what do you guys think these people are smoking?  And where can I get some?

Well that depends. Is it just random Youtube videos? Then I would say, that's why.

A lot of people do not have the general knowledge of how sales work. Even I didn't and still in some ways could further increase my knowledge. I think in the PS4 100M thread I thought it would only get to 105-110M. 115M max. Now I know that's completely unrealistic. And when I joined this site, I had this idea that kind of carried over from childhood that Zelda was Nintendo's good ol' second or third best, after Pokemon and Mario. It wasn't like some kind of thought-out belief, it's not like I was 10 and saying "I bet Zelda sells almost as much as Mario!". But the way the series, and in particular Link, were marketed made me believe that the franchise was one of the biggest of Nintendo. Obviously, with BOTW now things are different, but that definitely wasn't the case when I first found this site.  Edit: (It might be if you include ALL software sales, but obviously we're talking about the impact of the series from game to game).

Kind of an odd example but you get my point. People don't have general know how and I still find there's a lot I need to learn about sales and a lot I still do learn everyday from some of the users on this site.

Well i frankly find it hard to believe that some people still think 1110M is realistic. Its clear that even if the ps5 releases this year (which is pretty unlikely), the ps4 will still continue doing well. I put 140M in your poll.

Why is there no option for under 100m in the poll?

My forecast is always the same : 130M+
Quote me at the end of PS4 life cycle.
I'm saving this page.

In life only three things are certain. Death, taxes and console warring.

Well, they are vids talking about sales, so you would think sales people would be more attracted to them, but maybe not.  It wouldn't be so bad if they spoke about things as opinions, but to shoot down someone who thinks 130M is possible, while putting up their 110M as a "hard fact," is annoying.

Seriously, though, I get what you are saying.  It actually is impossible now that it stops at 110M, unless the world ends or Japan is swallowed up by a whirlpool.  We haven't even had a permanent price cut in over 2 years, with it still selling at $299.  It should drop to $249, at least, later this year and then drop to $199 within another year or two.  Personally, I chose 120M-130M, with it being closer to 130M.  But, it definitely could go higher.

I am part of the pessimistic crew, as I usually am for most consoles. And I think 115m is a decent place for it to stop, VGchartz users have convinced me that 120m is also very possible. So really anything below 115m-120m is pretty ridiculous.

Because this isn't a Nintendo Switch sales prediction thread. :P