Trump has just banned CNN reporter Kaitlan Collins from an open press event at the White House, and this is right after he was outraged that he saw Melania watching CNN on Air Force One. 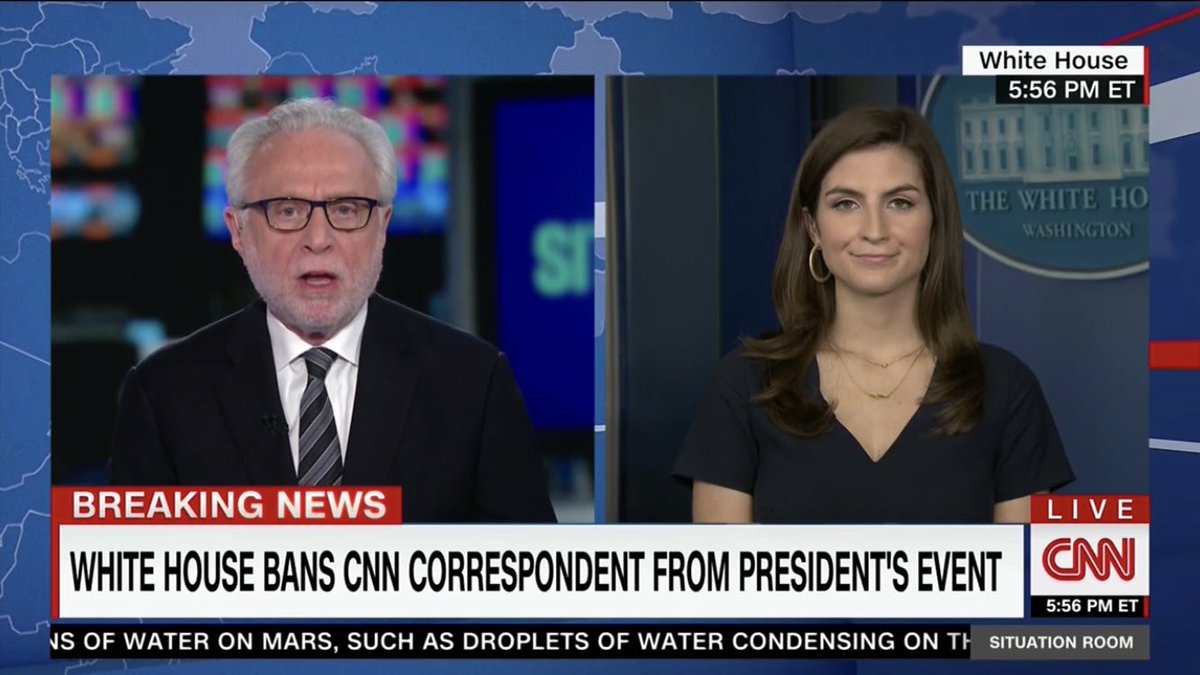 I told you so. Again.

This is really not a good look for Trump and the Republican party. Anyone who seems to oppose him or finds dirt on him is promptly fired, impeached, or banned. Sound a lot like another individual we know that Trump bows down to. When the press is considered an "enemy" to the President, there's something wrong going on upstairs. What's so messed up about this is that she's asking real questions that need to be answered, and to shrug her off and just say "fake news" like the brainless president Trump is, it's very concerning. Step by step this clown has accelerated the crash course for America and what we stand for.

Edit: Where the hell is John Oliver when you need him. I need a dose of sanity.

Don't know, but I hope John Oliver sees this.

If America were a TRUE democracy Trump would've been removed from office by now.

It's Just so funny how much he hates CNN

Good. CNN is the fakest from the fake news.

I'm just trying to imagine what the right would have said about Obama had he banned a Fox News reporter.