The Switch Gamers Club will not have a Members Leaderboard, but it will compile comprehensive standings for first party games that will be posted on the first day of every month. The Members list will merely be in alphabetical order, because for one, the focus is on statistical data, and two, this isn't a competition.

Important note: Here is the link to a Google spreadsheet that contains all collected data. The second post of this thread displays links to the posts with monthly summaries.

Things to Keep in Mind When Sharing Your Information

1. Only games that you actually own count. If you sold, gifted or lost games, then they do not count. Should you sell, gift or lose games after you've submitted them at a previous point in time, it would be welcome if you provided an update on your state of ownership. Free downloads don't constitute ownership, so they will not be counted.

2. List the first party games you own by name. Also note if you own them in physical (P) or digital (D) format. Games that are not noted as either format will default to digital (D) in the statistics.

3. List the third party games you own as a number. Also note how many of them you own in physical (P) or digital (D) format. A lack of notice for the format will make the games default to digital (D) in the statistics.

4. Cases with potential uncertainty whether a game is physical or digital: The existence of a Switch game card is the determining factor. A physical box that comes with a download code counts as a digital game, because there is no game card. Boxed games with a mandatory download, such as WWE 2k18, count as physical, because a game card exists.

5. Do not edit your posts. It's only going to be a hassle to sort such a mess out. If you have an update or correction to make, create a new post because this will ensure that your update/correction is seen.

Games With Uncertainty Whether They Are First or Third Party

This list will be updated over time. Since all digital-only games are commonly assumed to be third party, any digital-only first party game will have to be added to this list, unless it's blatantly obvious that it is a Nintendo game.

Special Cases of DLC That Counts

DLC will not be counted in general, because this thread is about game ownership, not any extras that were bought for it. Also, games commonly have a multitude of different purchase options for DLC, so the spreadsheet would inevitably get way too bloated over time if DLC were to be included. However, there are exceptions.

Tetris 99 - The purchase of the DLC results in ownership of Tetris 99, unlike the "free" version that comes with a subscription to Nintendo Switch Online and constitutes a rental. Make sure to explicitly state that you paid for Tetris 99 to get it added to the spreadsheet.

This post is used to archive links to monthly updates. Below is the link to a Google spreadsheet that will be updated on an irregular schedule, the only exception is the first day of any given month. If you notice any errors with your personal data, let me know in this thread.

I only have one third-party title, Ultra Street Fighter II (P)

Do you have a picture of your physical collection?

I have no clue if this thread is serious or not. My sarcasm meter is broken right now. 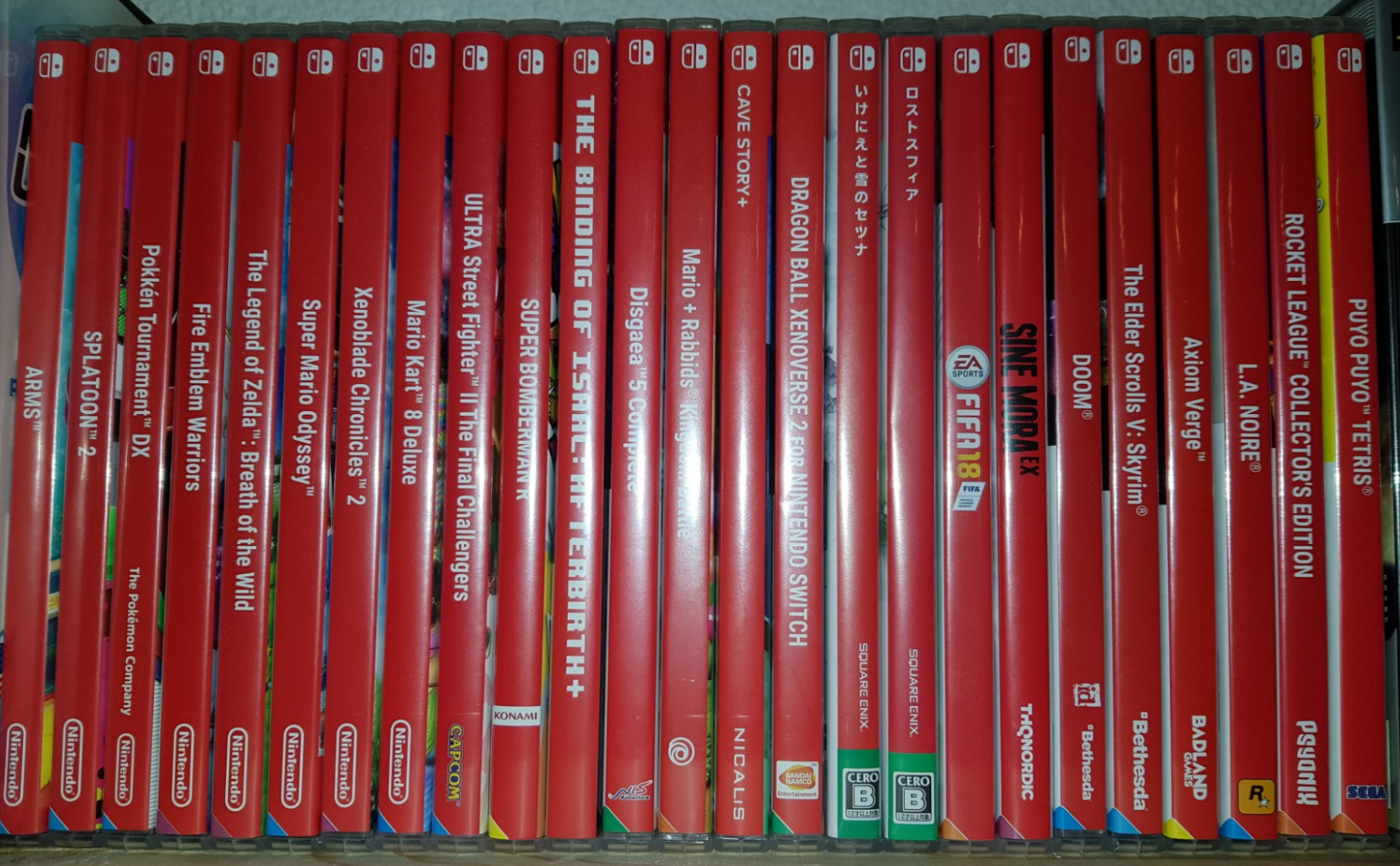 So far I have Zelda BotW, Mario Kart 8 Deluxe and Splatoon 2... all physical. I own it since December and am buying like 1 game per month. I like this rhythm. This month I’ll get Kirby btw.