Forums - Nintendo Discussion - WHAT IF: The Wii U was compatible with DS/3DS games?

Okay, so something people like to think about and discuss are "What If" scenarios.  This is a means to imagine how something that has already taken place could have turned out differently if perhaps a different decision was made resulting in the alternate outcome of a historical event.  Even fictional events have their own "What If" stories and scenarios.  Marvel Comics used to publish a "What If?" series of comic books, like "The Amazing Spider-Man" themed "What If Spider-Man Had Rescued Gwen Stacy?"  There are no shortage of alternate history books regarding the question of what the world would be like if Hitler had won World War II.  The film C.S.A. depicts an alternate reality where the South won the Civil War. 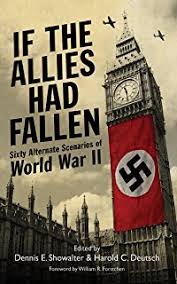 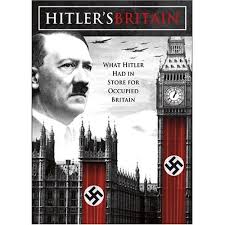 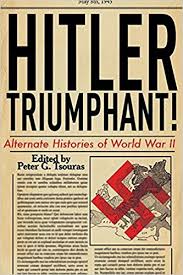 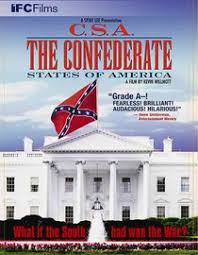 I have always enjoyed this genre of fiction, so I have a "What If" scenario of my own that came into my mind recently.  What if the Wii U Gamepad had a built-in cartridge slot for playing Nintendo DS and 3DS games?  Would the Wii U have been adopted by a broader audience and have seen increased sales as a result of this additional functionality?  While the Nintendo Switch marks the first time Nintendo gamers have been able to continue their console games in portable form, Nintendo has been well acquainted with providing the means for playing their handheld games on the bring screen in the past.  In 1994, Nintendo released the Super Gameboy, which was an adapter for playing Gameboy and Gameboy Color games on your tv screen through your Super Nintendo. 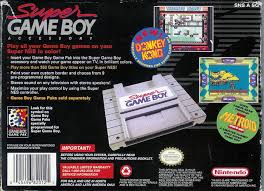 I won't go into detail on the Wideboy 64, which allowed the same games to be played through the N64, since this was never released commercially and only really to be used by devs and the press.  The Super Gameboy was officially followed by the Gameboy Player, which allowed you to play Gameboy, Gameboy Color, and Gameboy Advance games on your tv through your GameCube. 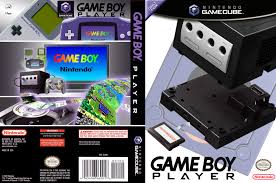 But this concept of connecting the physical handheld software to the home console hardware did not continue once the DS handheld line began.  With the Wii, the Virtual Console was unveiled allowing past home console titles to be re-purchased and downloaded for play, but not the handheld library.  The Wii U Virtual Console did eventually add Gameboy Advance and Nintendo DS games to its library.  But as we know, it took Nintendo a long time to add games into the Wii U's Virtual Console.  Games trickled in at a rate of sometimes 1 or 2 per week.  Only 31 DS games in total became available.  The 1st DS game did not appear on the Wii U VC until April 1, 2015.  By February 11, 2016, only 10 games had been added.  Bear in mind that the Wii U had launched in November 2012. 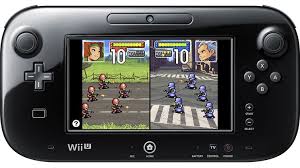 So my scenario is this, What If the Wii U gamepad had a built in cartridge slot for the DS line of software?  No worries about the Gameboy line, since those games were already covered by the Super Gameboy and Gameboy Player.  A cartridge slot on the Gamepad could have perfectly replicated the Dual Screen experience of the handheld line with the added draw of seeing the game's main screen on your television with the secondary screen being handled by the Gamepad.  And, Nintendo wouldn't have had to spend any time emulating the DS games and adding them into the Virtual Console.  And the 3DS games would have been playable too (in 2D mode, the same way they function with the 3D slider turned off or on the 2DS systems).  In addition to time saved on Nintendo's part, this would have been a huge asset for the Wii U.  Clearly not every 3DS owner bought a Wii U as the gap between system sales is 70 million 3DS+2DS to around 14 million Wii U's.  But, how many of those 3DS owners would have come off the fence and been enticed to purchase a Wii U if they could play their handheld library on their television screen as well.  Sure, it wouldn't have been as seamlessly functionality wise at what has been achieved with the Switch, but this would have been a great pre-cursor to it.  Conversely, imagine a Wii U owner who didn't own a 3DS knowing that he has access to the DS and 3DS library of games.  If this person were to go out and buy any of these games, that expands the handheld software sales, which again is a bonus for Nintendo especially since software sales are more important to the bottom line than hardware sales.

Admittedly, this would only work if Nintendo could have managed it without raising the price of the Wii U, which many considered prohibitively high for a Nintendo console already.  But what if, while leaving it out of the Basic white model (which was discontinued anyway), they had managed to include this feature in the Deluxe black model and still sold it for $349 (which was already taking a loss at the time).  If the DS/3DS functionality was marketed right (which the Wii U in its actual form never was in the first place), it could have boosted handheld software sales as well as Wii U console sales.  If the software sales did rise proportionally, the hardware losses would have been better absorbed.  Think of the Wii U software droughts, and those Wii U owners buying more handheld games to play on the big screen in between releases.  Maybe this would have been a prohibitively expensive pipe dream, but I think if Nintendo had looked at the big picture and see the advantages to this, it would have led to a healthier 8th gen for them.

I dont think that would change anuthing, Wii U would still fail.

It wouldn't have made any difference. The Super Game Boy didn't sell the SNES, and the GBA Adapter didn't sell the Gamecube. Physical DS/3DS compativility would have definitively been an amazing feature, but not one big enough to save the system.

people were speculating and hopeful that this would be a thing back when the Wii U was still relevant. but yeah i dont really think it would have changed anything. besides, with the dying 3DS, dedicated handhelds will soon be a thing of the past.

This is true.  However, a console specific feature has an advantage over a peripheral.  Every buyer of the console has the opportunity to experience that feature compared to someone who may not buy or even consider spending extra on a peripheral.  It's the reason motion controllers were not sold for the GameCube even though conceptualized.  Nintendo designed the Wii around them instead of selling them as a peripheral so as not to limit their market potential.  In my scenario, even the person who isn't buying the Wii U exclusively because of the DS/3DS compatibility, maybe now they do try it out and buy additional handheld software to supplement their Wii U library.  Another advantage in my scenario is the Day 1 compatibility.  SNES released 1990 (Japan) - 1991 (NA).  The Super Gameboy wasn't released until 1994.  The GameCube released in 2001.  The Gameboy Player wasn't released until 2003.  I'm talking about a "launch present" console feature which would have had a much better chance of impacting sales than a late released peripheral.

Building 3DS hardware into the Wii U would have made it more expensive to produce, and then what happens when new 3DS comes out?

I suppose some kind of emulation could be done, but you woukdn’t be able to get away from the extra drives.

They weren't meant to.
But it does add to an ecosystem which means more consoles sold.

I don't see what this would have done, unless they changed the name of the console too.

It would cost more.