Forums - Nintendo Discussion - Zelda: Breath of the Wild review thread - 97 on Switch, 96 on Wii U

It's especially for the FPS hiccups. They are very noticeable in the Wii U version by times. And resolution could affect the score too. All little details that enhances the experience piles up and ultimately points are taken off.

i'll go with 98 just because no one have said it

Probably because the Switch version is going to receive more reviews than the Wii U one. If that's the case, a discrepancy becomes more likely, even one of 4 points. Of course, such difference wouldn't be very accurat because, as you say, both versions are almost identical. 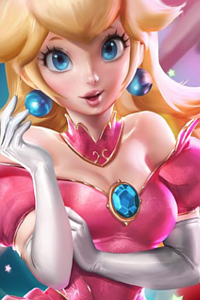 I feel that some outlets (We know who) are still salty about there being no "female Link" and will mark it down just for that.

joke post? if not would love to hear reasons

The Wii-U version is just ugly and washed out, has a low draw distace and bad textures. You can tell within 1 second which version is played in the many yotube videos.

It's because the amount of reviews that will go into both versions. Switch will receive much more than WiiU's, and as thus, a discrepancy can be created even with the smallest difference, because of numbers accounting for more (or less).

The quickest example I can think of: Final Fantasy XV has an 81 in metacritic, but the Xbox One version has 84 despite both versions being largely the same (and the later performing slightly worse!). This discrepancy is caused because of the amount of reviews poured in. In this strange case, though, the superior version scored less, so it highlights the fact that numbers can change that much.

Doesn't this just give more credence to the Wii U version scoring higher than the Switch version because it will have fewer reviews? For reference, Twilight Princess scored higher on GameCube (16 reviews) than on Wii (73 reviews).