Nintendo of America: "Grab a Wii U while you can"

Forums - Nintendo Discussion - Nintendo of America: "Grab a Wii U while you can"

LOL really? Nintendo HAVE entertained this in the past, so they have set a precedent which trumps "common sense".

"[It] will enable fun and movement not seen before. I expect it to become a third pillar, next to GameCube and Game Boy."
-Satoru Iwata, Gamasutra (January 07, 2004)

I also don't want to sound mean, you sound pretty cool to me, but I do think the explanation is quite evident.

A quote from 2004, yeah that's not relevant. Game development has become far more difficult and costly since then.

No they did not actually say it. "It's not a replacement" and "it's not a pure replacement" mean two different things. Yes that one word does make all the difference, and no there's nothing ambiguous about it, we all know what pure means. To make it easier for you to comprehend replace pure with only/100%/full/complete, and as an example, when you kill someone in Splatoon you aren't purely killing them but also spreading ink.

lol no worries man. good luck with that.

Good luck with what?

This is good news everyone.

I'll try it one last time to explain why you and others are wrong. First, here is Nintendo's official statement:

"Though I cannot confirm when it will be launched or any other details of the system, since I have confirmed that it will be 'a dedicated video game platform with a brand new concept,' it should mean that we do not intend it to become a simple 'replacement' for Nintendo 3DS or Wii U," Iwata explained.

Now comes an analogy. Suppose Nintendo said this about the new Zelda (obviously not an actual quote):

"Since the next Zelda will use a much more non-linear structure, it won't be an easy game."

Once again you try to brand me as a fanboy or simpleton, but you have to consider that my interpretation of Iwata's statement (which I've held since the moment the statement was made) leads to the inevitable conclusion that the Wii U will be dead as soon as NX launches. That contradicts the wishes of a fanboy. My interpretation of the quote is also in line with what was going to happen all along, so my ability to comprehend words is perfectly fine.

You and others who are arguing against this have a history of looking for reasons to bash Nintendo. Maybe you specifically are just angry at yourself for being unable to comprehend Iwata's quote and seriously expecting further Wii U support, and now are unable to admit it, so you try to put the blame on Nintendo despite a complete lack of statements that would support your interpretation that Wii U and NX would exist side by side. Feel free to make a thread to say that you expected Wii U games from Nintendo after NX launch. Be warned though, because people will laugh at you for holding such a belief when there were no reasons and indicators to believe so. 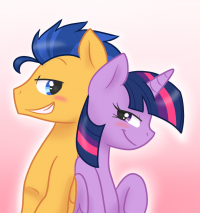 During their last results release, Nintendo claimed they had shipped 13.2 million Wii-U units and planned to sell 800k in the next financial year. By simple addition and the fact NX is out next year, it seems to me like Nintendo only built 14 million consoles. It's likely they stopped producing them during the (disastrous) Year of Luigi.

From my observations though there's no need to run out and grab a Wii U. Gaming shops are piled high with preowned consoles as well as loads of boxed new consoles. With the sparse software release schedule (2-3 more games for 12 months) expect that number of preowned consoles to increase.

I think also one can wonder if Nintendo are looking into doing an Atari and burying all the unsold consoles and games in the New Mexico desert. They've already copied Atari by angering their fans with low quality, unfinished games (Pac Man, Star Fox Zero) and insisting it's the gamers at fault and not their hardware designs (Jaguar, Wii-U).

You are completely wrong.

The prices for te Wii U are only going up. You don't find anything under 300€ new now, and soon all the left Wii U will be selling around 350€.

The Wii U is going to achieve collector status very soon and the price for this rare console will climb very high. Already people who were hloding out for a price cut have gave up their hopes. The price is only growing at this point.

Heh, we're both arguing the same thing against equally questionable users. Shall we join forces and commence total domination?