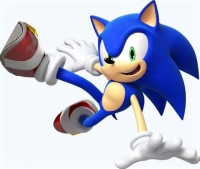 I have been reading up on some interviews by Monolith Soft's Tetsuya Takahashi. A general theme that seems to come up in these interviews has been creating a balanced game with elements from both Japan and the West in order to increase appeal in both markets. As I am playing Xenoblade Chronicles X, I constantly think about this idea of appealing to both Western and Japanese audiences. More specifically, I am thinking of hypothetical ways Xenoblade Chronicles could become more appealing in the West without losing its JRPG soul.

One way to increase appeal is of course through marketing. I personally do not believe that Nintendo has not done a good enough job marketing this game in the West. Moreover, the game being on the Wii U, which does not have a very large installbase nor does it have a huge following (outside of the Nintendo enthusiast audience) does not really help. In addition, the Wii U's hardware limitations do hold this game back in terms of being able to provide a blockbuster cinematic experience mainstream Western gamers have become accustomed to. Personally I think the game looks beautiful (despite some flaws, namely in NLA) and is quite technically competent despite running on less modern hardware. With that being said though, visually it does still seem dated and not quite comparable to the visual standards set by AAA PS4 and XOne games; as a result, I believe it is also harder to market this game based on its visuals.

Therefore, I initially concluded that better marketing and to a lesser degree higher quality graphics (which makes marketing easier) could have increased the appeal of the game in the West. Then I realized that the game's auto-attack style battle system could also have effect on the game's appeal in the West. I noticied this when I showed the game and its predecessor and I realized that they started to get into the game and really liked the experience but as soon as they got into a battle they were immidiatly turned-off by the auto-attack based battle system. In comparison, I showed them YS: Memories of Celceta (an action-JRPG on the Vita), which has a more hack-n-slash style battle system, and I realized that they were able to have a more enjoyable time with that game. Now obviously this is anecdotal evidence based on the experiences of a few people, but I still believe it is interesting. Also, just as a quick disclaimer, I personally equally like both YS's hack-n-slash battle system and Xenoblade's Art System.

Do you guys think that replacing auto-attack style Art System with a hack-n-slash style system could increase the appeal of future Xenoblade games in the West?

Xenoblade X is not a game that will ever succeed with the mainstream. For one, there is a lot to take in, its hard to imagine Mr/Mrs casual gamer having the patience to fully grasp the concept of the game. The genre itself is quite niche and there is zero hand holding and very vague explanations on where to proceed next. I am on the Skell licence examination mission, and that is a task in itself. For what Xenoblade X is and the audience its targeting, it has sold very well indeed and I dont think it was ever made with mainstream success in mind.

RPGs aren't niche, but morbidly obese games are. The fat needs to be trimmed.

Also, a blue dot on the map does not constitute "zero handholding", but rather the opposite.

In terms of Xenoblade Chronicles X ( XCX ), I agree Nintendo did a piss poor job marketing it.

Give the loss of both Star Fox Zero and the Zelda Wii U game, Nintendo could have easily moved some funds around to push XCX more. Much like hits like Final Fantasy VII, Bioware games like Mass Effect or Dragon Age and a number of other western style RPGs that have done well, Nintendo could have pushed a little harder toward that market with this game. Sell the cut scenes like they do with the trailers and you probably would have gotten more prospective buyers. The game isn't perfect but there is enough there to get stronger performance even on the Wii U as well help dispell the belief that only Mario, Zelda or Pokemon (or Yokai Watch which Nintendo obviously has been pushing as a potential Pokemon Successor) get legit marketing pushes beyond internet trailers.

Among my fellow JRPG friends (late 20's early 30's) we universally felt Xenoblade Chronicles X was an absolute blast. Fairness in conversation I've been looking at XCX since the initial trailer launch and decided to pick up the console almost entirely on the premise of having another Xenoblade Chronicles game because again we all felt that it was such a wonderful experience.

I've already beaten the main story and am finishing the 'after' part of the game in an attempt to gain 100% completion. I have the top skell, over a billion credits and storage of Mariaium above 128k so you can understand PLENTY of time has been put into the game.

However on the art direction I am not going to lie. I did feel that it took a greater amount of energy to accept the human models this time around. What really bugged me was the waving back and forth during conversation scenes. It made me felt like everyone was a parent doing the infant rocking stance we all do after raising infants. The marketing was so god awful and acts as further proof that just because you went to school for marketing and have a fancy degree you can still just flat out suck at your job. While watching the spots on adultswim all I could think about was ways on how to do it correctly instead of those cheap looking and just awful quick ads.

IF YOU'RE LISTENING NINTENDO FIRE WHOEVER DECIDED THAT WAS SOUND MONEY SPENT!

Speaking from a personal perspective, I hate the mecha-cars. Like, really hate. They scream Power Rangers and being 12 years old while making explosion sounds with your mouth when you ram your toys against each other. As long as that's where the emphasis rest, I think it's always going to be viewed as a niche Japanese game.

When you talk about JRPGs that gain mainstream acceptance, I think those are mostly games where you have unique and easily identifiable characters that stick in your consciousness. Cloud, Tifa, and Aeris, for example. With XCX, all I know is that one of them looks like Micheal Jackson and another is an unfortunate minor who wasn't allowed to wear skimpy clothing.

I can't recall exactly where I read it but didn't someone associated with NOA basically say that they didn't market the game because they thought that the only people who would buy it already knew about it?  That's how little I think NOA thought about the game.

It was someone accosiated with Nintendo of AU or something, it wasan't NOA.

NOA did market the game, just probably not as much as they should have.

Thanks for the correction. 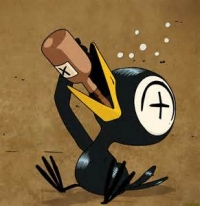 It's kind of sad to read this its like a athlete after one player loses the game and he's trying to say its a team lose. He knows just like we do Nintendo massively dropped the ball on advertising but doesn't want to come right out and say it. The graphics are100% fine and the environments are gorgeous! Once Zelda and star fox were delayed this game should have been moved to prime spot in November and given a sizable ad budget. Stop only adult swim ads and do live sports and shows that are going after newer audience for the wii u. Sony and Microsoft do it right you could watch a episode of law and order and see there ads yet Nintendo stays on only cartoon channels and late night adult swim! Broaden your horizons Nintendo and cast a bigger net and you'll get more fans. Ads are Nintendo's biggest fail this gen!