Forums - Sony Discussion - Will the PS TV ever be below 30$?

The PS TV was designed as a cheaper alternative to the Vita. It basically has all the Vita hardware inside except a screen and the touch elements. With the device being attached to the PS4 as a barnacle at every chance Sony gets, I might be willing to say the PS TV production will keep going wile the handheld version might stop in some areas. At least in NA or Europe, the PS TV streaming capabilities, cheaper price and as a  complement to the PS4 might become bigger than the handheld's advantages at the eyes of the consumer. With that in mind, can we see at some point in the future a PS TV at a price lower than 30$/€? 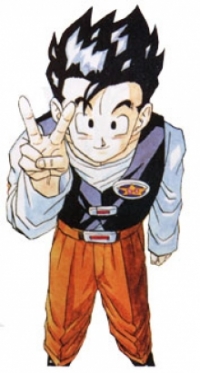 I hope so! I don't have a Vita anymore but I still have my copy of Persona 4 Golden and a OK sized digital PSP/Vita library so $30 or less would be like a dream for me. I'm actually keeping my eyes peeled this holiday season and beyond for it being around that price. (or at least around $40 like I heard some people getting it for).

I highly doubt you'll see the PSTV advertised below $30. It might end up in some obscure bargain bin for that little in a few remote places in America that has absolutely no interest in it. But officially, I wouldn't hold my breath. Now, I have yet to purchase a PS4 so I cannot judge the long term viability of remotely playing the PS4 in another room. But Sony might have given the PSTV a little more life as more people are buying PS4s some of those are probably buying into the remote play aspect. For me, it's worth the handful of VITA and digital VITA games on a big screen TV with a Dual Shock 3. But I need to hack it so I can play Y's Memories of Celceta on it.

No. $29.99 is as cheap as the device will ever get without fire sales.

The components are legacy at this point, meaning they cannot be purchased in as large of bulk rates.

Additionally, until they resolve the issues with the device like lack of Netflix 2.0 (profiles) ... or even any netflix for that matter its just a sunk product (I own one, and its basically only useful for remote play... and only when LANed at that).

Retalier only, to move merchandise.
Price, like nearly everything to do with sales, has a ceiling and a floor. At the floor decreasing the price no longer matters, and money is starts to be lost. Also referred to as diminishing returns.

It will reach that point dueto retailer not sonys decision

When its on clearance