They will be using their own internal data which won't necessarily be exactly the same as other tracking firms have estimated.

Well that method seems to be lacking severely.

Not every Xbox One or PS4 owners have PSN or XBL accounts. In countries were the internet connection is very bad or non existent. How can you track a console sale using this method?

Weekly PS3 figures in India? Funny, but what we're asking of you here is nowhere near that level of accuracy.

You have to wait on other people's numbers because you have no idea how to account for over half a million PS4s sold in the past 3/4 months.

It's fair to say that we expect you to have some broad idea of where that many units are allocated. That's a massive amount of the hardware market that until now you apparently didn't realize existed.

expanding on the idea, you could create a new column for "unaccounted"     and have it make up the difference.  that way people see the tracked, and they see the total given by sony

Also in a similar case a couple of years ago, PD announced 10 million sold copies of GT5 and this site didn't know where to put them so they dumped them in "rest of the world" at that time.

It's a bit strange that estimated numbers would trump official announced numbers, tho. Not really an expert on video game marketing statistics. But in every marketing research/industry studies I've done, we've always defaulted to "highest known accuracy" figures we could get our hands on (in which official announced numbers from a primary source would trump everything else) rather than sticking to estimated figures we've managed to extrapolate from using in-house methodologies.

Tho, I'm sure it has a lot to do with doing an apples-to-apples comparison between consoles (using same methodology to compare them to make comparisons "fair"). But damn, that margin of error.....

Er...what logic? ioi asked for for resources and research to bolster numbers, and the poster responded with #nahbutIsaidsosochangeitrightnowloser 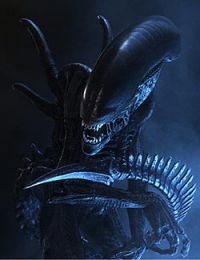 Lol ioi, so full of it. Vgchartz is partially tracking and partially estimates don't try to fool anyone that it is anything more than that.

Edit: This one was way to far - Starcraft