Won't give my comments before next week begins since most of what I want to watch begins this weekend soooo in the meanwhile I'll just complain about Netflix poor decision about doing any simulcast in the the international market with the Japanese servers !

For freaking sake, couldn't they get Beastars a release at the international too ?! The seasonal format of these shows isn't suited for the binge consumation and the awareness some of these shows demand. I hate being forced to pirate something ...

Hoshiai no Sora is the "out of nowhere" surprise for me so far this season.  I like the artstyle, the characters seem interesting, and it appears to be a lot less monotone than most anime about sports clubs.  Even after just one episode, it's clear that some of these characters are struggling with difficult situations that go way beyond winning and losing games.

I don't really want to say more than that.  Much of the first episode is about mini-revelations that kind of change the observer's understanding of the characters and their problems. 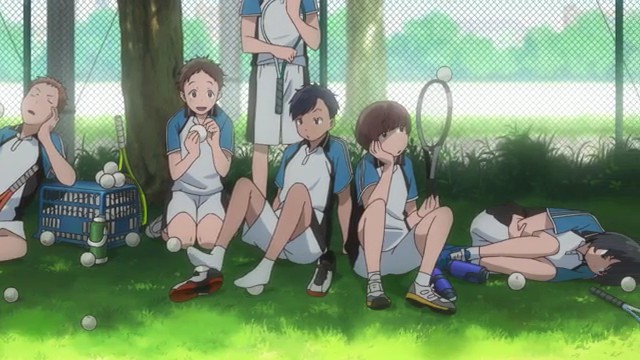 Really like the main (?) girl, too.  She's quirky and funny. 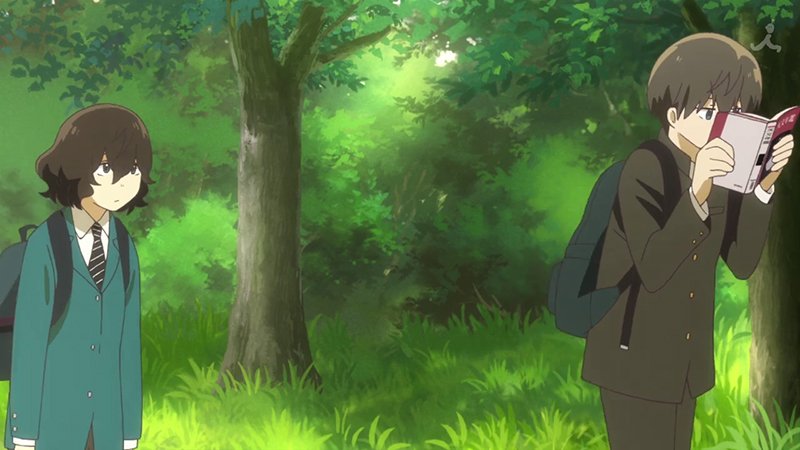 I did put it on my watch list after seeing that it was about "tennis" & stuff, I'm glad to see some good feedbacks around it ^^ I'll give time to watch it this weekend I guess.

No Guns Life ep. 1 was interesting and entertaining.  Felt like kind of an over-the-top Blade Runner theme with a dash of comedy.  Really liked the "nun" bad-girl, her voice work was really good and hot villains are the best.  The main character himself is ... on the silly side ... but it's anime.  What can you do.

Mairimashita! Iruma-kun is basically a Disgaea game.  Not bad, not great.  Human kid attending a high school in the Netherworld while trying to keep anyone from finding out he's human and eating him.  He banana peels his way past obstacles and accidently makes others think he's super-powerful.  Looks like he'll form a harem of demon-girls.  Not a bad way to go out.

Beastars sp. 1 was flat-out excellent.  Better than the manga, in my opinion, at least to start with.  More concise and connected.  The art is better and the animation is fluid.  The movements are lifelike and the eyes and faces of the animals are expressive, especially with conveying the nervousness of the herbivores.  The music and sound are SUPERB, and the voicework, too.  Another thing I like is that we're getting to see Haru's point of view right from the start, including the bullying she has to endure.  Looks like Orange has a damn good follow up to the fantastic Land of the Lustrous.  Adapting manga that's amazing yet different from the norm seems to be working for them.

I honestly had no special interest in it and it was probably 50/50 whether I would skip it or not.  Sports anime is often the same formula with a different skin.  The best indicator of quality is usually feedback regarding the manga--as with something like Chihayafuru--but I'd never heard of this (turns out it's an anime original).  However, something about the cover image made me feel that it might not be the same old recycled material so I decided to give it a try.

I'll also add that the OP for the anime of Beastars will be in stop motion animation which is quite UNIQUE for the medium. Orange really did give his all once again to adapt some great works in the media !

As great as it looks in motion ...

They litteraly copied choreographies from dancers online without even giving any credit to their contribution which really makes me sour while looking at this beautiful moment.

Nonetheless, 4 episodes in and seeing actual dynamics that doesn't rely too much on the usual Shonen tropes is quite refreshing. But those family issues, damn are they going subtly hard on that stuff 0-0

"Fate Grand Demon Babylonia Front Order" or whatever it's called is mostly ho-hum ...

At least, it was, until the goddess known as Jaguarman showed up.  My favorite character this side of Saber.

Finally got some time on my trip to Japan to catch up on some backlog.

Finished Machikado Mazoku. Still the most critically underrated anime of 2019. It's a comedy anime that's actually funny and has a very heartwarming story with pleasant characters. It's an easy 9 for me, which puts it on the same level as great comedies like Ichigo Mashimaro, Pani Poni Dash and Milky Holmes.

Finished Kimetsu no Yaiba. It's perfectly passable, the comedy is alright and the drama is visceral and effective. But I still can't overlook the fact that the writing is bottom tier shounen trash. The anime is on a high level of execution both visually and direction wise and it definitely deserves better than having the eloquence of an average yugioh episode.

Started and almost finished SSSS. Gridman. Sounds terrible on paper and it's yet another Trigger anime not directed by Imaishi. I was pleasently surprised. Direction is on point, visuals are passable but oh my god, the writing is absolutely amazing and it's brought to life by absolutely stellar performances by the seiyuu. This is what peak seiyuu sounds and looks like. Itpulls you in and never lets you go. I still have 3 eps to go but I can't wait to see the resolution of this interesting piece of plot.

Chihayafuru is so damn good. The way it turns every match into something that feels captivating and meaningful is amazing, but when it gets to a really important confrontation, it just holds me spellbound.

Kind of funny that a josei makes most shounen look shallow and soulless when it comes to the portrayal of competition. I remember watching Food Wars and just wishing the main character would pull another win out his ass like usual so we can get on with the show. With Chihayafuru, though, I feel like tearing my hair out when the end of an episode hits in the middle of a match.