When it comes to Final Fantasy, what normally comes to mind are the more popular titles like 6, 7, and 10. But my question to you guys is: What is the most underrated FF in your opinion?

For me, it would probably be III. Not only does it have an identity crisis in the western countries (due to VI sharing the numeric order over here) Plus it introduced a lot of main staples to the series a long with the class system and other important things. Also it probably has one of the lesser fanbases being that it only released out of Japan somewhat recently.

Added a poll; I left out the more popular entrees in the series for it

FF9. It was between 7,8, and 10, all of which were popular. Its my favorite FF personally.

Nobody ever talk about this game,and is one of the best of the franchise!

Not sure if underrated but XII is by far the best game that cops too much hate. The gambit system would have been great for XIII for the rest of your party and for 15 too if it has a very KH meets FF battle system. It also had an insane amount of side quests to do, it was open and had many areas to explore. The Job board idea was an awesome idea that I would love to see again... WHERES FFXII HD SQEX??

ff12 probably, as well as ff9. Both of them were ignored for being late in the gen but didn't deserve to be. After playing xenoblade though FF12 feels inferior. Not sure i could even say another one, all the other ones were not that good or were popular already.

I can't believe people still say that!!! lol seriously.. FF9 is the highest rated Final Fantasy game on Metacritic. And people hype it all da time!!!! 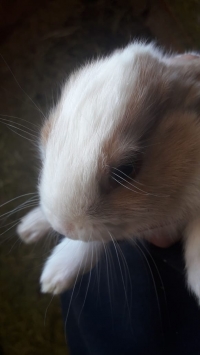 IV and V, especially the first one. Man those games were awesome and they had some of the best soundtracks in the series too. IV still the best in my book and it gets so little love of the final fantasy fan base.

Curiously enough, the FF game I consider most underrated is the one that you didn't bother to include (it would seem) on your poll: FF1.

While hard as piss at times, and an archaich grind-fest with an antiquated "buy your spells" system, nonetheless it is still a great, classic game, and ton of fun. Great soundtrack, great graphics for it's time, innovative and trend-setting for it's time (even though DQ1 did kinda set the tone). I would say FF1 is often the forgotten entry amidst a lot of the more popular ones.

After that? I'd say FFV, simply because Square was dumb and didn't give it to us on SNES, which it should have. It would have been worth waiting a bit to get FFVI in NA, because FFV is in all blunt honestly, ALMOST as good as IV and VI. I would personally put them in this order: IV, VI, then V. But that doesn't stop V from being a great game, which in it's own way has just about as memorable of characters, catchy music, a cool story, etc.

So yeah, those are my votes.

I think FF8 is the most underrated, it gets far too much hate. IMO it is one of the best games in the series.