No problems so far. Running like a champ, other than 64 player conquest maps on bf4. I always DC. I just gave up on it until an update comes out.

Yea... If I wanted to say "of all the ps4 that was sold by Amazon" I would state something like: Total Sales or 40% of ALL ps4's sold by amazon... Interesting how people misinterpreted what I said to that degree... I didn't think I had to state the obvious :/ 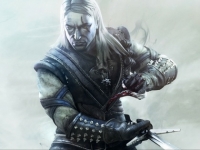 The whole problem is based off the fact that you said "448 failed out of 1290 sold." So people aren't misinterpreting what you said. They are misinterpreting what you meant, but you did say it incorrectly. It should be "448 failed out of 1290 reviewed." Then what you said would be true and I don't think anyone would have a real problem with it. I believe the positive/negative ratio for reviews is very telling for products as well. Just word it better.

Went through the thread again to get things proper.

Thanks, was counting and ran into this post. I'll update.

Well... I guess I should have choose a better word but the way I was thinking is that... in the reviews, there were 1290 sold and out of the 1290 sold, 448 failed, but I never said that the total amount of ps4's that were sold by amazon was only 1290 because there is no way to know how much they actually sold, I was just referring to the amount of ps4's that were sold and got reviewed... So Maybe I should have choosen a better word but I thought it was obvious that amazon sold a lot more than just 1290...

No problem. I cleaned it up a bit though to make things clearer.

Anyways, back to playing Contrast. I am actually enjoying this game very much.

that would bring the total down to 45 PS4's, right? with one casualty.