Sony has revealed the results of a poll that asked PS Plus users which genre they'd like to see more of in their Instant Game Collection.

Over 73,000 people voted in the poll that was opened back in February, with the results declaring the most wanted genre to be RPGs, followed closely by action/adventure games. The rest of the top five were rounded out by shooters, platformers and racing games, in that order.

The company revealed that the results were in line with its expectations, seeing as PS Plus subscribers have apparently spent close to six million hours on Sleeping Dogs and Batman: Arkham City alone.

Despite this, Sony won't be abandoning all other genres, with SCEE content manager Chris Howe explaining, "I don’t want anyone to panic and think that based on the results we’re going to focus all our efforts on solely securing these sorts of titles for the service. PlayStation Plus is a service for everyone and we will continue to strive to provide a variety of content to cater for all tastes."

europe is getting a lot of rpgs in psplus lately, nice to see sony giving people what people wants.

its time for them to make a new RPG IP, wrpg please this time. Let naughty dog try to make one or sony santa monica.

Europe got Okami HD for free right? , they should do that in the US Store.

finalfantasy xiii for everyone :)

FFXIII-2 , since not a lot of people got the game.

I do? I want more puzzle adventure games, damn missed the poll. 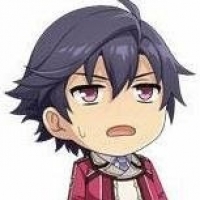 I want Tales of Vesperia

I just want what Europe gets.