This seems long over due but finally here it is, the Far Cry 3 review for PC, and yes it is was in the highest settings possible.  All I can say "Holy sweet mother of batman!"  I will explain in a minute.  So from a fan's stand point you may be thinking well Far Cry 2 was kind of good but nothing great.  We already have Halo 4, CounterStrike Global Offensive, and Call of Duty Blackops II so do we really need another FPS?  Well if you want to just skip to the final score instead of reading this, then the short answer is yes! Buy it now.

since I've already hyped up the graphics a little bit I might as well tell you about them now.  Nah, we will talk about the story instead! Basically the story is about a group of either teenagers or young adults that get stranded on an island after they go skydiving.  They had originally thought the island was deserted but soon enough they find out that it is filled with people that to me and you may look at as mentally unstable.  Right off the bat you are introduced to Vaas which I will go into detail in a bit.  If you do not know who Vaas is I reccomend you watching the video I post below.  He has been the poster boy of this game and is voiced by Michael Mando.  Yes get use to that name because I expect him to get big and not just in the game industry, but the movie industry.  Michael Mando and Vaas is the Heath Ledger's Joker in the Dark Knight Rises.  That is how good his performance is!  It is unbelievable how good he does.  He plays a man that may or may not be insane.  The way he uses his voice, eyes, and the way he moves is all based off of Michael Mando.  Even his character's image.  But we will ignore him for a moment because in reality the protagonist is Jason.  Jason is a dare devil that became seperated from his friends after Vaas had captured them.  In the beginning Jason and his brother is in a cage that you will soon escape.  The rest of the story is about finding the rest of his friends and saving them including his girl friend Liza which plays great importance.  Now as I mentioned before though, Vaas is the poster boy of the game.  He basically sold the game at E3 in 2012 with the stage demo they showed using his performance.  He is even the box cover of the game and he was used in the live youtube series to promote the game.  Sadly he only had 18 minutes of airtime in the actual game!  A huge fail on Ubisoft's part as they didn't capitilize on his brilliant performance.  On the plus side I do believe they will use him in upcoming DLC which I will not tell you why.  The actual main villain of the game is Hoyt which is insane all on his own.  His performance was good as well just like every other character in this game.  The voice acting to this game is nothing less than superb.  The only other downside to the story would be that the ending is a little dissapointing.  None the less one of the best over all stories I've seen in a while.

Now for the graphic's?  Nope, let's talk about gameplay.  The gameplay is well you know a FPS.  Point, aim, shoot.  Not much to it really.  I will say that it feels very fluid and one of the best FPS's to date.  It is setup in a sandbox type environment which to say in short is absolutely stunning.  You can set fire to environment, kill people, drive, parasail, jetski, and hunt animals.  Speaking of animals, their is a lot including bears, tigers, leopards, deer, shark, seaturtles, dingos, pitbulls, pigs, goats, aligators, komodo dragons, and so much more.  You will need to go hunting if you want to craft better equipment.  You use specific leathers to create new pouches so you can carry more ammo, money, guns, etc.  You can also create medicines from plants that you find across the island. I have to say it is a joy hunting too.  Shark was very amusing to kill, just because they were the easiest.  This is not all that realistic and a flaw in the game but when I killed shark it was actually an accident the first time.  I was just driving a jet ski minding my own business you know when all the sudden i hear a huge kathud! My jet ski was all dented, I'm like "What in sweet baby batman was that?!"  I turn around and go back and find out I ran over a shark.  It killed it too.  Twinkle toed, mother *f*c*ing c*ck sucking son of a b*tch thought he was going to eat me!  So this is how I killed the rest of my shark.  While hunting deer I was sneaking up on them when all the sudden I saw tony the tiger pop out of a bush and devour the deer I was hunting.  The rest scattered.  It was actually pretty awesome that they put this in the game.  The bad part is after it killed the deer it just walks away.  They should of allowed it to eat it's prey but whatever, free deer for me.  Moving on though Far Cry 3 has a great way of using stealth.  Because you can use the whole world you can go into each mission the way you want.  I always seemed to use a silenced Sniper and a silenced sub machine gun.  I would sneak around camps until i eventually picked each and every apponent off.  Sometimes I would sneak into camp disable the alarm and then release their captive animals.  When you do this it will eat people it sees. For example I will release a bear or tiger.  The downside is that the AI is laughably blind.  I can walk right in front of one and a meter will start to show.  They won't spot you until that meter fills though.  Because of this I can play pika-boo with them with no worries.  A game all on it's own.  Not to mention you have magical rocks that fools anybody and everybody. The last thing I'll mention is that you will learn new skills throughout the game which in return gives you tattos.  These tattoos signify what you have learned as a warrior. And I will also state when you first kill somebody Jason was freaked out by it.  By the end of the game he seems to crave killing people. Regardless of everything the guns and gameplay both feels nice.

Now can we talk about the graphics?  Fine, but just because you guys won't shutup about it.  To say shortly this game looks beyond amazing.  At times I literally didn't want to leave locations that I was in.  Everything from the trees, mountains, facial expressions, animals, all looks amazing.  This may be the best game I've ever seen next to The Witcher 2.  Seriously it is beyond good looking.

Overall this game is a must buy game.  The graphic's, gameplay, story, voice acting, is nothing less than superb.  I did not go over multiplayer because I have yet to play it.  I will review that in coming weeks.

It reall is haha Hope you enjoy it and thanks! 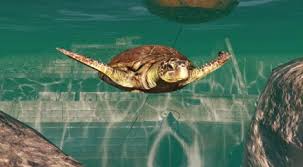 Truly is :)  I'm shocked it hasn't been winning very many awards.

So far 29 GOTY awards and 4th of 2012 behind Walking Dead, Dishonored and Journey. Even above Mass Effect 3.
I'd say that's pretty good.

The poor AI and the abundance of crafting components in the game (basically allowing you to make as many healing vials as you want) takes pretty much all the challenge out of it but you're right that it's a lot of fun for people just looking to play around with the sandbox aspects of it.

I don't know. i just haven't been agreeing with this year's awards at all.  The Walking Dead and Joruney are both excellent games but I have a hard time saying that they were the best of 2012. Maybe the Walking dead but I beat Journey in about 90 minutes and it didnt really excel in anything other than being a cool experience. That's just my oponion though. I feel the best of the best hasn't been winning the awards

Those are the games i feel deserves the awards this  year. No specific order.