First I want to thank Troll Whisperer who made a great world wide sales list for Japanese developed games. Check it out here: http://gamrconnect.vgchartz.com/thread.php?id=147129

OK, so here's the list I wanted to see. It includes games developed in all regions and does not combine systems or include PC or handheld. All it tells us is whats most popular in North America. I find this interesting because North America is the largest market. North American tastes make or break genres and start or kill trends.

ABOVE Interesting notes: Nintendo dominates, MS is the only HD system to place and no Sony 1st party exclusives made the list.

ABOVE Interesting notes: Sega made the list GO SEGA, MS dominates HD thanks to Halo, COD dominates all by itself and one Sony 1st party exclusive made the list.

So there you have it. I think I'm most surprised at how much the Xbox 360 has been able to expand after the Xbox was overshadowed by the PS2. The Xbox brand is huge in North America. But Nintendo is still the dominate force in the market. After looking at the full list I'd say there are still a lot of parents that call all video game systems "Nintendo". The only game that cracked the top 10 is Kinect Adventures. That tells me that family friendly entertainment is the biggest market in gaming. That's why Nintendo does so well and why MS is trying to get some of that sweet sweet family room honey.

Thanks for pointing out the error. I fixed it. Basicly the bottom part of the list moved up and another Call of Duty for 360 made it on.

As for Just Dance. It's for Wii so it wouldn't be on the bottom list. It didn't sell enough in North America to make it on the top list.

Thanks. I should not have copied the first list and edited in the new entries. I fixed it. It moved the bottom few up and let a sports game on.

It is quite interesting how much more software is sold this generation compared to the last even with prices up.

In the first list, only 5 games were actually made in NA. Interesting. 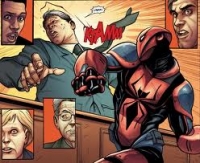 Out of curiosity why are we counting pack-in games?

I find that interesting too. More games are made outside of NA and they all know they have to appeal to western tastes. That could be why.