Forums - General Discussion - Sports players that you wish could have or could last a little longer?

Barry Sanders, RB Detroit Lions. I know and understand why he left but the NFL rushing record should be his, he deserved it. He was a great shape as well and could have played for another 3 or 4 years. One of the most electrifying players to step out onto the field. And one of the most humble, a rarity in the NFL.

Prime Time Deion Sanders. The guy hit a home run in the MLB and scored an NFL touchdown in the same week. He once played a Football game and then turned around and played an MLB game, THAT NIGHT!! And he was gooooood. He even became a media sensation and released a shitty album.

He had his haters but damn if he wasn't exciting.

I agree.  I do think he was a better Football player than Baseball player,  and I think if he focused on Football he would have stayed longer.  He was unreal on the feild.  Was probably the only true shut down corner,  if a WR was covered by him in a game,  they would almost never see a ball thrown his way. 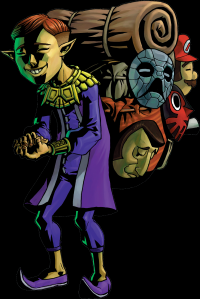 Not a very creative answer but I wouldn't mind if Michael Jordan regained his youth and was able to show everyone up again haha.

Owen Hargreaves. Seriously, he's had one of the worst lucks with injury in football I've seen and he was extremely talented.

Zinedine Zidane because he was just that good.

I wished that Jordan was still playing in his prime. I also could have watched Walter Payton my entire lifetime.

Guess where I'm from?

Although I'm not a Raider fan, I'd have to say Bo Jackson. He was a great running back who's NFL career was ended very quickly after an injury. He also played baseball for the KC Royals.

I'm with you on this one, the man had bionic ankles!! You look at his highlight reels and he made cuts that just dont seem humanly possible. He was truely a joy to watch! I couldnt believe the Lions handled the situation the way they did, was a shame for him to retire still in his prime.