Forums - Nintendo Discussion - Against the grain: Why do we Europeans hate RPG's?

Many of you will be glad to hear that's I've achieved the goal of which I set out to achieve in these threads. I have pleased Beuli2. I don't no whether or not you like that, but, well, it's true. So, yay! No more annoying intro! So now I'm just rambling to fill up the space so people who visited my previous threads who aren't very observant won't notice the difference. Which is nice. Also, welcome back Darth! You've been out of action for too long, good to have you back I'm sure to many of you, you'll probably know what at least one of those games pictured is, and why it's relevant. Right now.

Yes people, that's correct. Eagerly anticipated Wii RPG "The Last Story" has now been officially released in Japan, to great sales (they ARE great!) and great reviews. So, a localisation is a given, right?

Wrong. This is Nintendo we're talking about. When it comes to them and RPG's, you can just never be certain. Remember a little game called Earthbound? No? 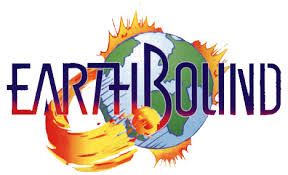 Well, I can't blame you. This is another classic Nintendo RPG which never saw it over to the west at all. And why? Well, your guess is as good as mine. Everyone who played the game fell in love with it, so what reasons are there? I mean, if the game sells well in Japan, then you have the revenue, so why not? Is it due to the cost of translating the game?

Now, this is a solid argument, until you see that other companies, and even, in the case of The Last Story, have released other, similar games in the rest of the world, but which have received less sales. If we are to believe the rumours, and, let's remember, they are just that- rumours, then it's unlikely the game will ever come to Europe. It'll likely come to America, yes, but not Europe.

And that brings me to the point of this thread. You see all of these pictures in this list? These are all games of which I'd like to get, and I'd like to play, in the UK, on my Wii. And I know I'm not alone. Blue Dragon was localised, why can't these? Games with less potential and sales have come over, so why can't these?

In case you didn't know, these game are, in order, along with my patented "percenta-likelyhood-o-meter"

So, it's looking pretty bleak for us Europeans, and, when you think of it, there's no real reason for this irrational hatred. You only have to look at sales of, say, Blue Dragon, Final Fantasy, Lost Odyessey and Dragon Quest to see there's still a very big fanbase for these sorts of games in Europe, so why not release them?
This had led me to the theory that we Europeans as a mass hate RPG's, and are only interested in shooters, which, in turn, means JRPG developers hate us, so we lovers of RPG's get no RPG love. Which annoys me
(I like RPG's, OK?)
So, do you think we deserve more RPG's over here in Europe? Or, have we blown our chance? Or, has history told us we'll never play these games so should give up now? Comment below!

If you'd like to read more of my series, then look no further! Links are below;

5. Sorry, number 5 is not alive. The computer died (Why Sony is, and always will be,

Is this about RPG's on Wii, RPG's on Nintendo Systems or RPG's in general?

Pretty much about RPG's on Wii, but really on any system. I tried to make that clear by putting it in "Nintendo discussion" and by making sure all the games mentioned were Wii-releases

Yes, but why? Why can't we also play RPG's like these mentioned above?

Is it too hard for the modern gamer to like more than 1 genre?

I do, but many less committed gamers simply limit themselves to NfS FIFA and CoD

That saddends me. I asked someone what Dragon Quest was the other day and they couldn't answer. They also didn't know what Zelda was.

I wasn't clear because in the front page the sub-forum is not shown and lazy people like me dont check the sub forum after.

I dont think that European Wii owners are too busy playing fifa or racing games, just look at the sales, not of them have amazing numbers(except for Mario Kart Wii).

The problem imho really started in PS1 and PS2 gens.

FF7 was the game that brought RPGs in the mainstream, but aside from the FF series in Europe we've had bizzare releases. we never got Chrono Trigger (until recently), Chrono Cross, Xenogears and probabily a good few RPGs in the PS2 gen, so the genre never took off here like in the US.

the other problem is the general opinion of JRPGs is that they are childish, or imature, with ridculous 'fan service', teenagers or young people arnt interested in games like that - they basically want action like GTA or COD. we never saw that side of JRPGs, we only tended to see the cutscene side, which didnt paint a very good pictures. turn based battles generated the preconception that RPGs were boring, and tedious. however things are changing the transition into real time, like The Last Story might be the answer.

however things have changed profoundly. and while JRPGs may not be taking off here like in the US, there is a small and changing fanbase that has adapted to the style and the style has adapted to them. voice acting tends to be a lot better, Dragon Quest has embraced the age of online gaming (and its very successful for a JRPG in Europe) and the dialogue - tone has matured, eg Valkyria Chronicles, Dragon Quest 8, FF12.

even if JRPGs are not successful here ever, games like Mass Effect, Dragon Age, Fallout, Oblivion and even Demon's Souls are making great inroads into the European market, perhaps those games can reignite the success Square found with FF7, but never reached again here in the west.

Both DQVIII and IX sold more in EMEAA than in the Americas:

Pokemon was massive here in Europe as well.

It's generally a vicious cycle with JRPGs in Europe, games don't get released, so people guess there isn't a market for them, leading to less being released.  This cycle is less true now, due to the successes of games like FFVII and Pokemon.

For example, during the 16bit era, Europe didn't get any of these SNES RPGS:

During the 5th gen, things got a little bit better, however Europe still missed out on:

All Arc the Lad

By the 6th and 7th gens, Europe gets most RPGs that are localised to the US, however last gen we still didn't get these:

Tales of the Abyss

Some of the Xenosaga games