You OBVIOUSLY haven't played Metroid Prime on Gamecube. Therefore your statement is worthless.

It's hard to compare Rare was a much more intesive developer, they released at least 1 or 2 games every year.. I think Rare still wins in terms of importance and influence but Retro wins in terms of best game developed, Metroid Prime is one of the best games ever, but still Super Metroid is about as good if not better imo.

In their prime RareWARE was amazing and much better than Retro. Retro hasn't worked on as many games obviously so it's still too soon to judge fairly. I will say  none of Retro's games are better than the "worst good" Rareware game.

RARE on the other hand is complete shit and has released nothing but garbage and Retro is better than RARE.

There was a different Rare some years ago before it was sold to M$ and I priase that Rare and that rare was better than Retro.

But now does rare still exists? I mean Retro is better at the present but I respect Old rare and it is true Golden Eye was a major key in the FPS genre just tht now is just overrated and cod games come every month 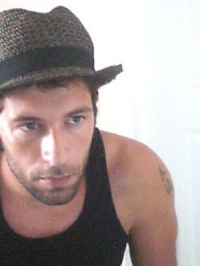 Rare was perhaps the leading developer of the industry for half of the 90's. Retro has never even been there. There's no comparison, Rare's accomplishments are both more plentiful and larger than Retros.

While Retro's small handful of titles are highly praised, they weren't revolutionizing the industry and defining the generation of consoles in the way Rare's games were. Donkey Kong Country changed everything when it turned the tide of generation with 24-bit graphics on a 16-bit system taking the lead from Sega in the 16-bit war and out-competing the 32-bit consoles for 2 years; Goldeye 007 did the same by turning the corridor first person shooting genre into something of a major adventure with tactics, stealth, sniper rifles, and much more.

Rare was releasing more than 10 times the number of games as Retro, and Rare's games were also outselling  Retro's titles by quite a bit. Metroid Prime was not as good as Goldeneye, it didn't have the same level of excitement, it didn't have multiplayer, and it didn't come close to having the same impact.

Rare were pioneers, market leaders, and revolutionaries. Retro is comparably a much smaller company, have not revolutionized or pioneered anything. Rare is to Disney as Retro is to Fox Animation Studios. While Fox animation studios has some highly praised movies, they do not approach what Disney did in the film industry. I think a lot of people here are like some 13 year old who watched Fantastic Mr Fox, and then watched Toy Story and Tangled and declared that Fox  Animated Studios' accomplishements are better than Disney's.

You keep saying "accomplishments", but that's an unnecessary narrowing of the terms of the comparison.

Some people are going to prefer Retro's games.

Why you continue to post with a tone that suggests you are surprised or even appalled by this is well beyond me.

Retro Studios got me into the Metroid series. I think Nintendo need to let Retro Studios make a new IP, Retro have a whole lot of talent and Nintendo needs to let them use it on new IPs instead of already established IPs.