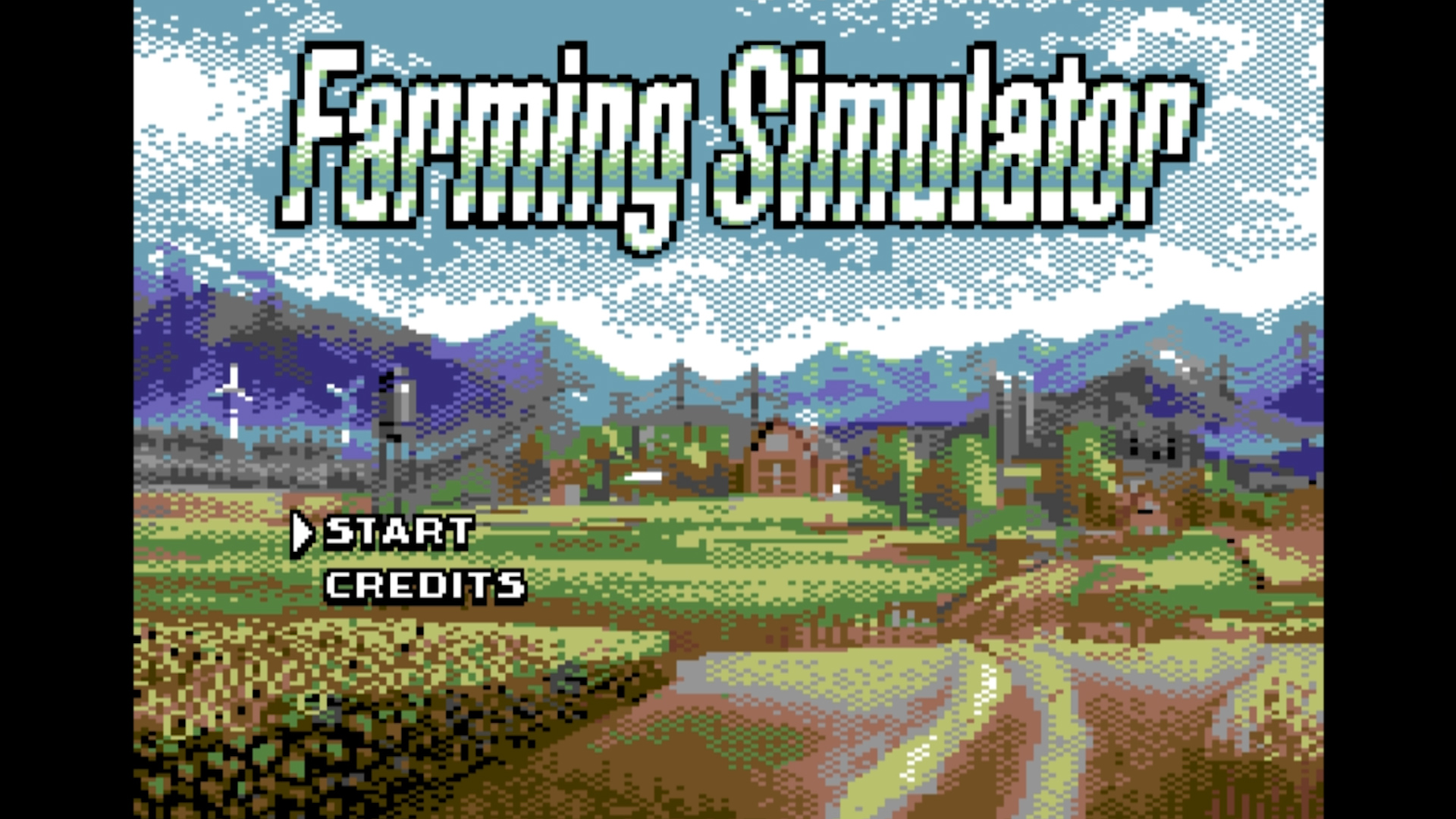 Yes, that is right, a 2018 released game has a C64 version. That's more of a joke than anything, but still it is a fully playable game, which brings the main gameplay of Farming Simulator to the C64. It is contained in the Colelctor's Edition on CD to play with an emulator or to copy on disks to put into your actual C64.

But for the press kit was even a cartridge included: 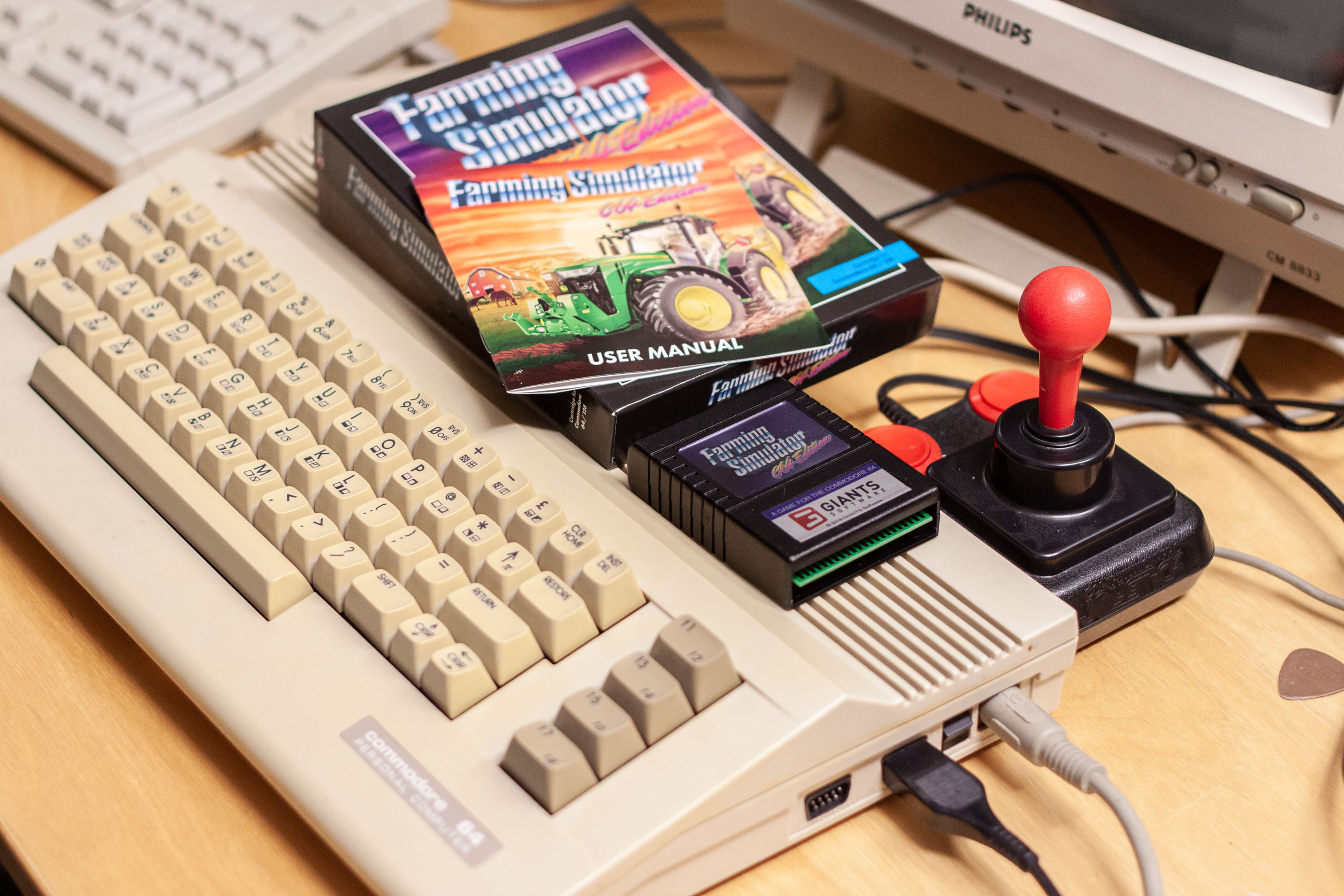 The game is fully playable and was built by a demo group on order of Giants Software. 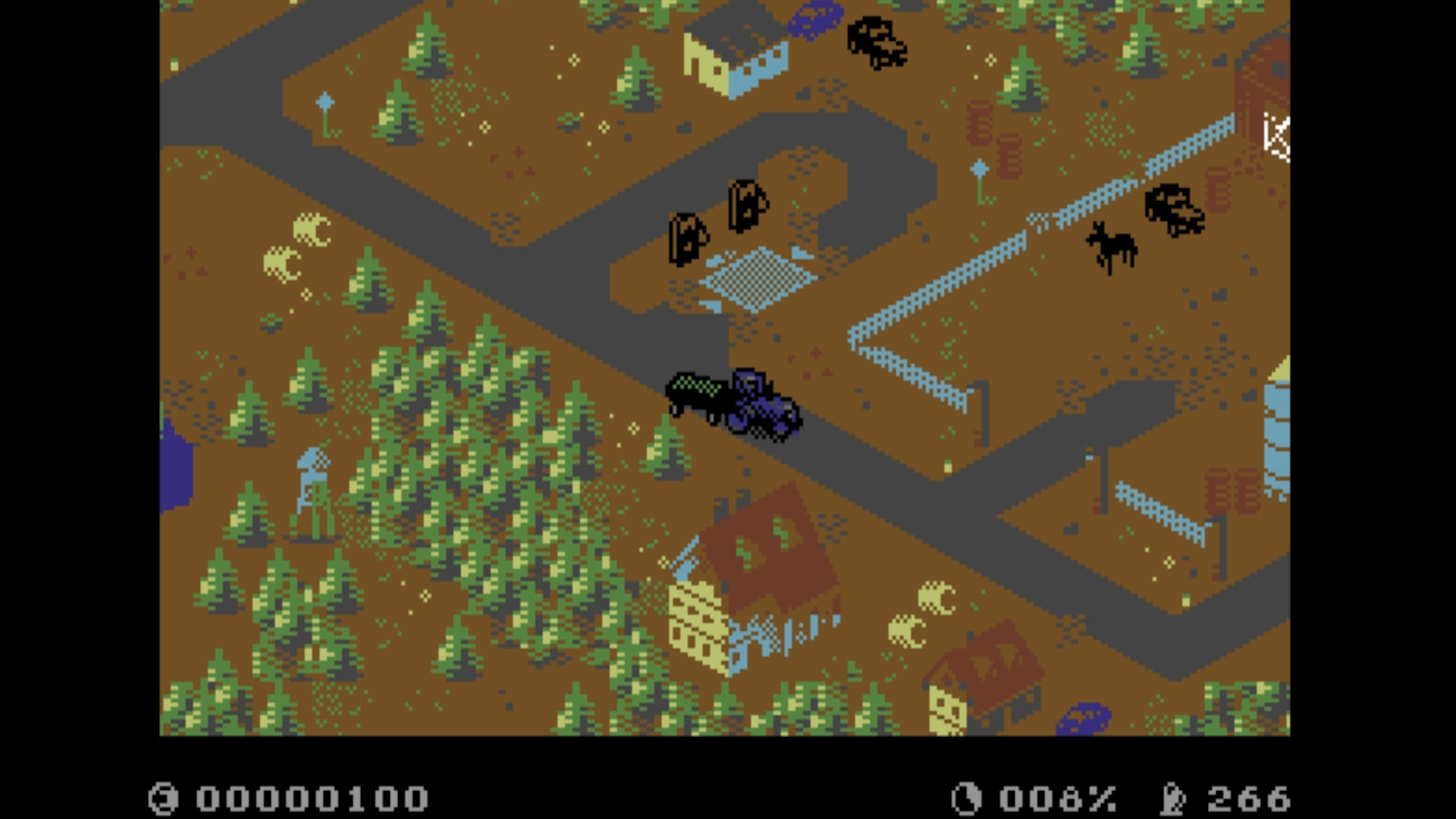