If it's cash that is the issue then buy a switch used (ebay). If it is a matter of time ... maybe sit this one out because you can spend a ton of time with this game.

It exceeded my expectations. I was going to wait to get a Switch after the WiiU. The plan was the same as I had with Sony consoles since the PS2, wait a little while then buy it used on the cheap from Ebay and perhaps pick up extra controllers and some games in a bundle. That plan went in the shit hopper as soon as I saw the E3 trailer, I knew I wanted the best experience from this game so within 5 minutes I pre-ordered it and the Switch. I feel there could be more story like others have stated but then again with a silent protagonist what should one expect. I believe the next outing will be the one that truly shines. The next one won't be prefect either but I'd bet it makes it much closer than this one did (not that I found much at fault with this one.

I too am also really looking forward to MP4, it and Legend of Zelda have been two of my favorite franchises since the days of the NES.

I have hitherto not acquired a Switch despite being tempted. I may get one if/when a Switch Pro is released, ALMOST only for a game like Breath of the Wild, so does that answer the question in this thread?

Well, to be honest I'll be interested in a couple other games such as Super Mario Odyssey or Metroid Prime 4, Ori and Cuphead but It will never be a ton of games on Switch for me, two reasons:

I haven't paid full prices in so many years and Nintendo has not yet given in to aggressive promotions and sales like Playstation does so I won't ruin myself by buying tons of games on that system and the other reason is I'm already drowning in tons of PS4 games, when will I find the time to do the same on a possible future Switch Pro?

I think here it might be the case of quality over quantity. For example, if you buy BotW at full price (70$), and play it for 150 hours, and then a few times like some gamers enjoyed in the thread, it could be worth it for you.

Let me ask you this, have game backlogs worked for you? For me, they were always a burden.

It refutes your objection to my post. That’s the point.

I don't understand, how is a backlog a "burden"?  To me my backlog is a bunch of games I purchased but do not wish to play immediately because I'm still busy with other games and I don't want to play a thousand games at the same time. Usually I play one major game and a couple indies at the same time. I may start a new indie usually when I'm done with one of the indies I'm currently playing so I don't end up playing too many at the same time but I don't start a second big game until I'm fully done with the previous big one.

As for quality I'm all for it but that does not mean I am willing to pay the huge prices they ask. Let me ask you this: Why should I spend 150 enjoyable hours on BoTW for €70 when I can spend the VERY SAME enjoyable 150 hours on BoTW for, say €20 should Nintendo do what other companies do? One can have fun AND be money smart, right? At least I can.

At the end of the day I must take this into account should I eventually get a Switch. I may not have a choice as BoTW may never be available for €20 but If I decide to get a Switch I will counter those prices by playing few games on that system, just the ones I care for and cannot get elsewhere. I still will not pay full price. I've seen BoTW going for €50, not the level of promotion I usually go for but if I end up only playing 4 or 5 games then I'm good, I wouldn't have time for more anyway since I need most of my time to play a ton of games on my PS4 which by the way are ALSO quality games despite there being much more than the ones I'd choose to get on Switch, again should I decide to get a Switch which I am not still fully certain of. 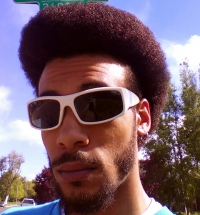 I expected it to be my favorite Zelda game, and it didn't disappoint. Keep in mind, Zelda isn't one of my favorite franchises, and I've never played a game all the way through, but I love open world games. I have put 90 hours into BotW, but haven't beaten Ganon yet. That's more time than I've spent with other Zelda games, but BOTW eventually got pretty repetitive, and I haven't played it in the last year. It definitely did exceed my expectations, though. I was playing it during a really rough time in my life, and it was a great way to escape.

My favorite things: The freedom to explore and fight enemies any way you like, and the amazing physics system.

Not quite. Don't get me wrong. It's a good game. It just felt lacking in several key areas, namely:

- Instead of a good selection of thematically unique full dungeons, we got the four Divine Beasts, which were too similar to each other, and a bunch of mini-shrines that followed a few similar themes and were aesthetically the same.

- A limited enemy roster compared to most other Zelda games, with only a handful of basic common enemy types.

- No permanent shield, and no permanent weapon besides the Master Sword (which is itself subject to a cooldown period after a certain amount of use); breakable weapons is a mechanic I've hated in every game they've appeared in.

Everything else was great. Exploring the expansive new Hyrule was a treat, I liked the environmental hazards, and the combat was enjoyable. I just wish there were more classic Zelda elements in it. If BotW2 has more traditional dungeons, a more diverse enemy roster, and some more permanent weapons, that'd be great.

I have completed a ton of shrines, unlocked all the areas... And done a single divine beast and I think I am done with it to be honest... Feels like a chore... A collectathon/unlockathon.

Links Awakening I found to be an experience that resonated with me more, mostly because it brings back memories from when I was a kid playing it on Gameboy.