I thought it was a line of PCs at first. Honestly the name isn't any dumber than Xbox One. And with all the blurring between console and PC (especially with Xbox) this seems like a logical design choice.


I was expecting a big reveal with dedicated conference with spec reveal , new features, Xcloud, more games and others stuff. But probably we will see more at E3

Bad name, bad design but at least those don't affect the games themselves.

This will be a closed PC series of sorts as some of us predicted. PS5 will crush it in sales but it won't matter coz PS5 won't even be the "direct competition". 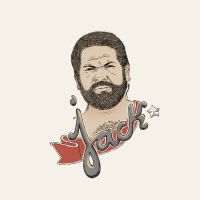 Since the disc slot goes to about halfway is just a bit taller than two blue-ray cases.

It looks like a mini PC tower. But I guess upgrading SSD or even other component ? should be easy.

I like the design but the name sucks. Hellblade and Halo look great so I'm gonna buy it next year.

Possibly the worst name for a console ever. It's too long and it sounds crap. Even if you turn it into an acronym it's terrible. XSX is not easy to say, it just doesn't roll off the tongue. They should just drop the "series" part, Xbox X would sound better. Would still work as part of an iterative product too, Xbox X 2, Xbox X 3 etc. which could then just be shortened to The X, The X 2 etc. But nope, Microsoft would rather keep their reputation for giving shitty names to their products.

As for the design, it does look good aesthetically, but it also looks like a real pain in the arse. I mean, I don't know about anybody else but my TV stand is made for things that are wider than they are tall rather than vice versa. If you can lay it on its side then it'd work, but if it has to stand upright then it simply won't fit.

The Monolith, the PC tower ... This truly got a most unique design but nah this really ain't it.
Also the name ... worst mouthful of all consoles. They should have called it the Xbox X although keeping it so near the Xbox One X name sake might actually confuse some people.