If you are referring to the Gears 5 Console Bundle than that actually gives you 5 games as it comes with the entire mainline collection of Gears of War from 1 to 5 plus you get one of the best looking X consoles ever made.

But yes its very expensive for a console. Depends how much you love Gears of War I guess.

yep that one, but I have played the others :) I had game pass for a month so already played Forza Horizon 4, the other reason I wanted an xbox. $1 for the game, $30 for a wired 360 controller since FH4 simply refuses to work with a DS4. Was worth it though!

Anyway don't love it enough to spend CAD 600 on, especially not at the end of the gen. This is the time it should be cheap to pick up 'the other console'. Considering I payed CAD 400 at launch for the ps4 this is just ridiculous. It's half the exchange rate, half the pro's fault. It is a nice looking console if I was still in my 20's :) The standard version is 540 here, plus 80 for the game, more expensive than the bundle with all 5. That's not end of gen pricing.

The question is also did the pro versions help or hurt console sales in the end. They make the base consoles look old and also get much less polish like with Control for example. Plus it makes upgrading look better than getting the other consoles. The fact that xbox is not able to gain any momentum anymore like the ps3 managed last gen, despite doing everything right atm, makes me think mid gen upgrades were a bad idea. Although in my case it's also game pass / cross play with PC that made it unnecessary / less interesting to buy an xbox or its games.

Here in Germany there is currently a trade-in option at GameStop: 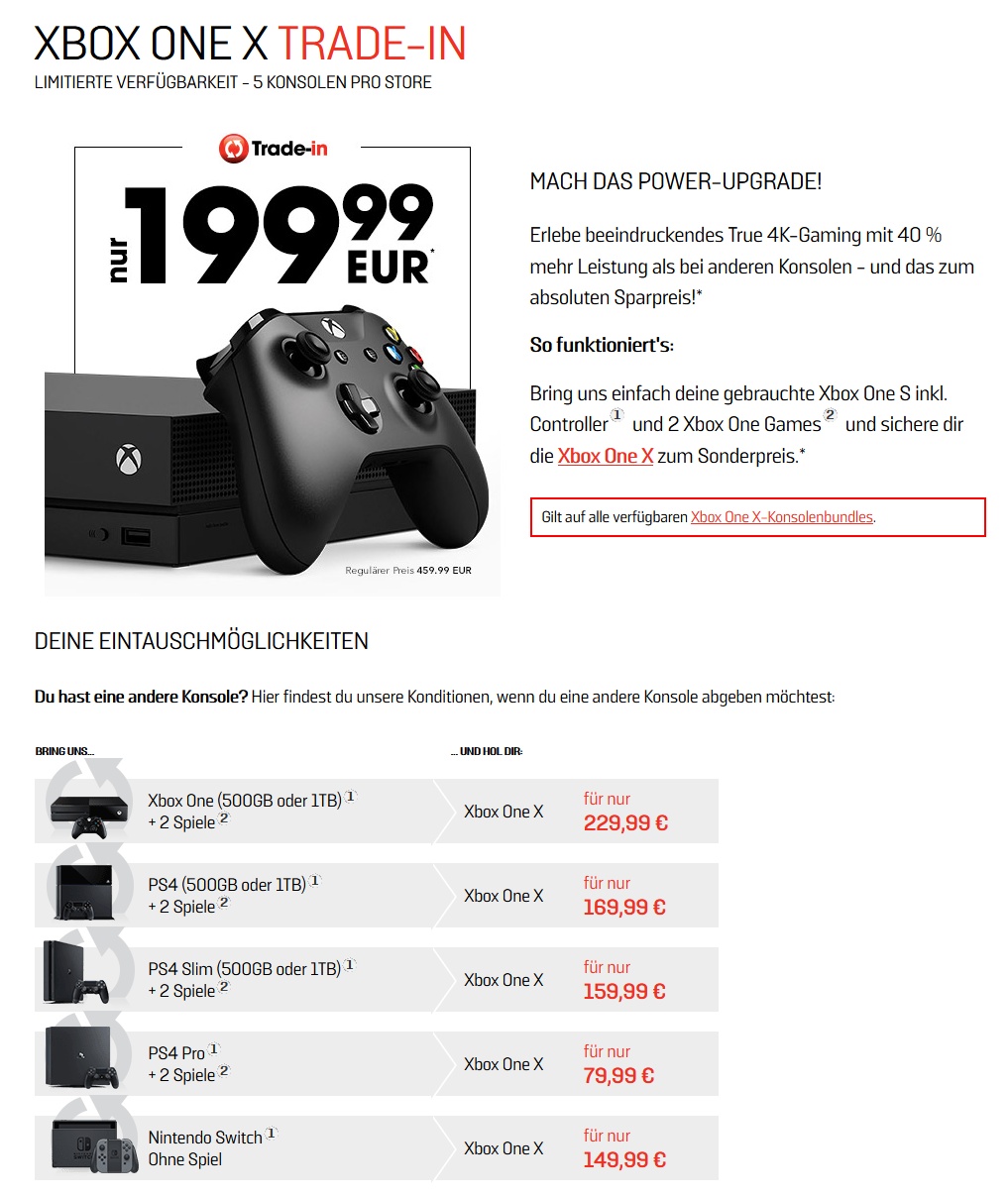 My 4.5 years old Xbox One with 500 GB was pretty scratched up, the LB and RB buttons of its controller began to get unreliable and the external power adapter was humming after 10 minutes... I probably wouldn't have gotten more than €100 for it on eBay, especially after eBay costs + shipping costs.

So yesterday I traded it in at GameStop and got a new "Xbox One X 1 TB" for it (Shadow of the Tomb Raider code, 1 month GamePass and 14 days XBL Gold included). I had to pay €229.99 for the upgrade plus €5 for the scratches on the old XBO. I also had to trade in two used XBO games... which I bought a few minutes earlier in another store in the same mall for €9.99 and €14.99.

So in total I paid €250 for the upgrade to the Xbox One X and perhaps I can sell the included Shadow of the Tomb Raider code for €10 - €20 (already have that game on PC). Besides the performance difference the other advantages for me were a fresh warranty, a new controller (now the bluetooth model with headset connection), more space under my TV (smaller console + no power brick), a more silent console and another month to play Gears 5 (my previous subscriptiuon runs out tomorrow)

You answered my next paragraph :) Pro consoles do hurt new console sales. More 2nd hand consoles on the market and less incentive to try the other console. Interesting to see ps4 is valued so much higher in Germany. Looks like it could be less to buy a second hand ps4 and trade it in for a new X instead of buying an X. lol.

Been working my way through act 1 and I'm gobsmacked by some of the visuals. This really does feel like the first game I've played (I haven't played every game out there) that could count for me as deserving next-gen status. Really impressive so far what they've managed to achieve.

Today that Ultimate-subscription ran out and I wanted to activate the free month Xbox GamePass and 14 days XBL Gold included with my Xbox One X... but they were only for new accounts.

So I made a secondary Xbox-account and activated both codes. The Xbox GamePass code offered me a second free month for allowing recurring payment. Then I transformed it to GamePass Ultimate by adding 2 months for €2 and instantly canceled the subscription after that... now it ends in January. Another 4 months GamePass Ultimate for a total of €4... not too bad.

And since I chose my Xbox One X for both Xbox accounts as home system, I can still use GamePass Ultimate with my main account thanks to family sharing. That family sharing doesn't seem to work on the PC side, so if I want to play GamePass PC games I have to switch accounts there... but this is only a minor inconvenience, since I want to play with my new toy for the next months anyway, even if the PC graphics are slightly better.

Calculating all costs above together I got 5 months Xbox GamePass , 4 months XBL Gold and 7 months GamePass Ultimate for a total of €9.

And if that new subscription runs out in January, my main account is probably valid again for the next GamePass Ultimate offer, since Microsoft seems to be desperate to get a high subscriber count.

Back to topic: after playing the first two acts of Gears 5 on PC with my old subscription, I will continue playing the rest of the game on Xbox One X with the same account and with the same savegames thanks to the combination of Play Anywhere, Family Sharing and GamePass for almost nothing.

I'm sure it isn't a complicated as it looks but man. I think I would have just given upb and paid the fee! Luckily, I don't have to worry about that until March.

Do you happen to watch this show as well? :) 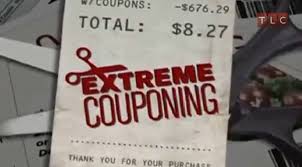 Those and all other games as part of Game Pass. Microsoft is making their content available through Game Pass. For the price of Gold and $2, you can upgrade your gold account to ultimate and get game pass.

Is game pass streaming or downloads?