PS5 Coming at the End of 2020 According to Analyst: High-Spec Hardware for Under $500

Forums - Sony Discussion - PS5 Coming at the End of 2020 According to Analyst: High-Spec Hardware for Under $500

1. Heat. A Vega, which comes close to the 1080 in power, consumes more power than an entire console. And downclocked to it's sweet spot the performance gain over the X is pretty weak.

2. Price. High-end GPUs cost way over 500$ (the Vega VII that got released today costs 700$ for instance), so you can't expect these to be built into a console unless production costs would at least match, if not exceed PS3 initial costs

Much more than you think, I fear.

Have a look at the NPD prediction tool, where I try to find exactly that out - and over half of the PS4/XBO consoles sold nowadays in the US are Pro or X. In fact, the X has a whooping 80% ratio over the S right now (which is probably also why the S is so often on sale - it just doesn't sell anymore otherwise), while Pro and slim are more or less at equal terms.

If we expand that to global sales, and reduce the ratio a bit in favor of the slim/S models, then out of 280k weekly sales between PS4 and XBO probably still mean 120k Pro/X models sold per week outside of holidays by now. And while the sales of PS4 and XBO are slowly dropping, it's almost exclusively the base models that are dropping right now, giving the Pro and X an increasingly large market share.

In fact, since the Pro is already 2 full years on the market and the PS4 as a whole sold over 38M WW, I'm very sure at least one quarter of those sales are Pro sales, which by itself would already almost match your figures. And with 11.5M in the US alone, it's quite possible the Pro is closing in on 5M sold there by now. As for the X, look the first paragraph.

In other words, those 10-13 million you mention can very well be just globally in the US right now instead of worldwide. I'm pretty sure that Pro+X, taken together, already sold 15M+ and are by now close to half of all their consoles' share in weekly sales. Which means that until the next gen's release, there will be at least some additional 15M Pro and X consoles being sold, bringing their share to at least 30M consoles if the ratio stays the same, but 35-40M seem pretty plausible with their rising market share for then by now. And 30-40M who potentially won't upgrade because there's not too much of an upgrade can be pretty hefty, especially early on.

Also, don't forget that those enthusiasts who will upgrade mostly also sell their old console. A new new console for 499$ or an used Pro/X with almost the same visuals for 249$, what would you choose?

Generally in those tests, the settings are set in a way to mimic those of the console (or the strongest one, generally PS4, if several console versions are tested side by side with the PC version) the closest way possible to avoid inaccuracies. Sony is not spending what normal consumers spend for the GPU, and all other components(https://www.gamespot.com/articles/we-built-a-pc-using-ps4-pro-specs-how-does-it-perf/1100-6443491/), so the price point you made is a bit off;  I agree with you that we can't have the state of the art inside a console for all the reasons we know, but by the end of 2020, at a price of $449 you might have an interesting piece of hardware, sure much much more powerful than PS4 PRO.  We have just to wait and see.

It's Digital Foundry comparison from way back in 2015, they used to do this for every game they did article on (IIRC), comparing it to budget build PC with 750Ti card.

Settings are as close as possbile to PS4 version - you can check link to articles below videos on YT, if here's no link just search Face off "name of the game you're interested in"

Sony themselves have said about 20-25% of the consoles sold after Pro have been Pro. So about 10-12M Pros so far in the market. That is about the enthusiast customers that will probably buy PS5 on the first 2 years anyway.

AMD said that with the 7nm process, compared to 14nm, they can have either a 50% reduction in power consumption or 25% increase in performance. The One X is the pinnacle of console performance in 14nm, so 25% more would actually just be enough to reach the performance of a GTX 1070. Add in architectural improvements made with Navi and the console APUs can reach GTX 1080 performance, but that's about it.

And yeah I know that's not the price Sony and Microsoft would pay for them, just pointing out that high-end hardware is both thermally and financially out of reach for consoles. 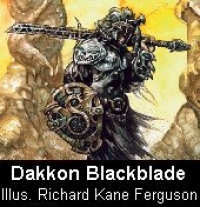 I doubt they won't have a cheaper SKU, at that price all MS needs to do is launch cheaper and win the war. Price is super important.

It's not that simple anymore with BC coming into play (if rumors are true). People wont be so quick to abandon Sony if they know they'll also have to leave all their games. It was easy this gen because neither offered BC so no matter what you were leaving your library of games behind.

Of course.   Hardware must be finalized and tested, no way to choose it in Nov 2020.  I was talking about hardware ready to be shipped by end of 2020, and how much it would cost to Sony to produce it.

Ah ok. Yea should be interesting to see. I normally am not excited during next gen announcements for some reason though I just feel like this one will be big. With MS losing so much ground they gained with the 360 and Sony trying to maintain if not increase their user base I just feel like this is going to be a really exciting new gen.