Considering the sales of the PS4 in Japan, the studios Sony needs to actually buy is Level 5, and any other studio that makes great RPGs. 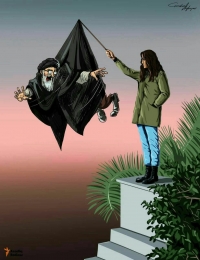 Do it sony i love ressistance 3

that will never happen. because of the ps4 sales in japan software wise

its a dead region.

Japan is far from a dead region for PS4.

What matters is that it isn't dead there. But, I'm learning - you have this thing with throwing out whatever sounds good in the moment, regardless of how preposterous it really is.

I mean its not preposterous. sony stopped making JRPGs long ago because the buyers aren't there anymore. they moved to phones

Sony isn't gonna buy a huge studio like level 5 to make japanese games. the profit isn't huge unless you are pushed by nintendo there

I can work with the idea that they won't buy a studio like Level-5. Where your train derails is in the "dead" proclamation.

I meant its dead as a major region.

now its just. a region. a country where your product sells. like idk germany or france. they are nowhere near the volume they were two generations or before.

Yeah, it's a tougher region for Sony (though, last I checked, the PS4 is very much on par with the PS3). So, calling it dead is silly.