Since I am abit behind , I'll just mention my top 5 games!

1. Super Mario World
-Simply my top #1 game (might be a bit bias ;p), this is my first video game EVER! It is also probably my most played game ever. I've played this game on the SNES, GBA Version, on the Wii VC, PC, and my PSP (lol). Simply put it is one of the best 2D Mario games ever created and there can never be a replacement for it. You got 9 different areas of several levels/stages, difficulty increases in each area, there are switch levels which you can make the entire game easier, you have a castle/boss in each area. You can play as Mario or Luigi alone or with another person. The entire game is colorful, has a decent OST, and the gameplay is quite fluid.

2. Chrono Trigger
-Possibly one of the best RPGs ever created, has been released on several systems, enhanced remade on the PSX and NDS. The game is the first to ever to revolutionize the term "New Game+" and it is also one of the early games to feature multiple endings, infact it includes over 10 different endings. The storyline, graphics and gameplay were way over its time of release as it was the most advanced RPG of its time. Its menu system is similar to FFVI's system which is another classic. The OST is amazing and the character development is one of the best.

3. Final Fantasy VI
-Probably the best FF if not the best, one of the best. The only FF game to feature over 10 playable characters and includes skippable/extra scenarios (i.e. Shadow's Dream). The game also introduces the most free will gameplay styles out of all the FF games (other FF games force you to equip this weapon or that item and no one else).you can freely develop characters. The graphics and music were gorgeous for the game at its time, and the storyline is so memorable. This game opened the path to FFVII's creation, no one can deny it.

4. Super Mario RPG
-A rare gem that was released in the SNES, unfortunately not alot of people know about this game. Lets see, how to put it...Oh ya, put Final Fantasy + Super Mario together and you will get this game. Yeah , thats right, you are playing a mario game that plays EXACTLY like a FF game. Though the controls are a bit different the battle system is similar to a traditional FF game. The graphics are pre-rendered 3D similar to DKC and Earthworm jim (sprite). The music , battle system and the storyline is amazing. I recommend any fan of FF or Mario play this now!

5. Breath of Fire 2
-Possibly one of the lesser known RPGs in the SNES, the breath of fire series have always been hidden under the shadow of the FF series , but that doesnt mean Breath of Fire is bad? Hell no! BoF2 is no exception, the first game was amazing, but the second game breaks barriers similar to what Chrono Trigger did. For one thing the storyline involves a religion in which you will at first get assisted by but than betrayed eventually, this game includes multiple endings similar to Chrono Trigger AND it includes a town system unlike any other, you can develop a town using three different structural plans and eventually make it a airship! Depending on what structure you use, you get all sorts of different npcs.

You are not alone in that my Vgchart Friend! Used to always find extra stuff to do in that game. When a game makes you want to find new and fun stuff to do in it or make your own games then you know it is great!

Well here are my final 3... drumroll?

and the best game ever...

All 50 done. Thanks for the fun TC 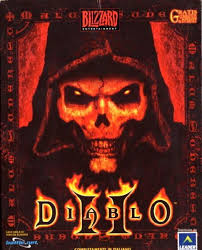 Diablo II (and its expansion Lord of Destruction) is propably the game I've put the most hours into. I've made countless characters, specializing in different skill tree, playing mostly online using the different "runs" to level up my character until he/she reached level 30 and then playing on my own. The character classes are all interesting to play (except for the Barbarian who I find incredibly boring) but coming from my experience with the first Diablo where I preferred the Rogue, I would always go back to the Amazon class, making many Bowazons and a couple Javazons.

The game's story was great and atmospheric but it's been a very long time since I've let the cinematics play or since I've actually listened to what the NPCs have to say, I guess that's bound to happen when you go through the story 3 times per character. 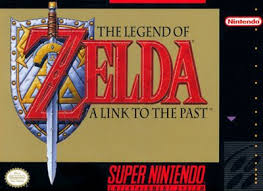 Here it is my favorite Zelda game: A Link to the Past. With more than 10 dungeons, a wide selection of items, a great art style, a nice difficulty this game never has a dull moment. In two minutes, you get your sword and shiled and you're off to rescue Princess Zelda from Aghanim. Then begins the quest to retrieve the Master Sword which to a trip to the dark world to rescue the 7 maidens. There's plenty of side quests mostly in the form of hidden pieces of hearts and optional items. You can also beat up chickens until they fight back! 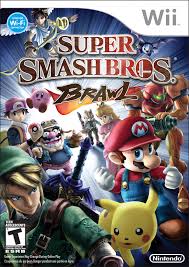 Over 400 hours of play time. More 6000 online Brawls. A fighting series like no other. SSBB is one of the reasons I became a frequent poster on this site, the Brawl thread was excellent to find opponents and to comment and whine about a heated match. Despite being mid tier at best, I never changed my main character and continued to kick ass with the mighty Peach. Of course, she wasn't the only I used Pikachu, Diddy Kong, Bowser, Yoshi, Ice Climbers, R.O.B. all got plenty of playtime.

I know the online mode wasn't all that great when you used to the "With anyone" option but with friends from VGChartz or Allisbrawl or Smashboards there's no other fighting game that even comes close. 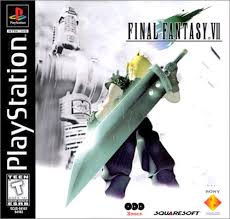 I bought a Playstation solely for this game after renting it for a weekend. I don't give a damn about people calling it overrated, all I know is that it's the Final Fantasy game I enjoyed the most. The story was really interesting starting off with Cloud as an ex-membre of SOLDIER but as the story progressed you gradually learned that his past isn't exactly what it seems.

The materia system helps make this game incredible. Pairing magic with modifiers provides some really interesting abilities and combinaison and once you're done the main quest there's tons of sidequests you can tackle: chocobo breeding, hunting the Weapons, getting the final limits for every character, finding all Summons, the battle arena and various mini-games in the Gold Saucer.

Also I want to mention that the game has an awesome soundtrack once again composed by Nobuo Uematsu. My favorite track being the main theme that plays when you're walking around the world map (the Distant World version is magical).

I'm quite behind, so I'll just post the rest of mine here and update my post later. The number in brackets is the position last year: 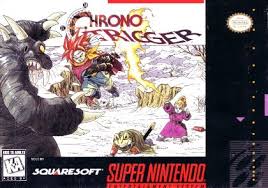 The time-travelling RPG Chrono Trigger gets position number 2 for me. With a limited cast of 6 main characters (or 7 if you wanna count Magus) you are treated to a fun, quirky and great story. The game's combat system with it's Dual Techs and Triple Techs encourages mixing up the members of your team to discover new combinaison.

The "New Game +" option really adds to the game's replay value since you can replay the whole game with all the items and levels you've acquired in your previous game and you can face off against Lavos at any point during the story. Doing so gives you a different ending each time. If my memory serves me right, there's 16 different endings to this game and I've seen them all.