Hello. In the past you were adding your TOP 50 of games to the greatest game event. This year the event happens too and starts soon (although mZuzek instead of Smeags is hosting it). Want to join again? http://gamrconnect.vgchartz.com/thread.php?id=241130

mjk45 posted something on Boutros's wall:

Hi Bouts happy new year just made it with 10 hrs and 22 min left Australian time , how are you doing my northern friend.

Long time no talk, hope you are doing fine lad.

Boutros, i have to ask a question.

I see you don't make NPD threads anymore. Instead, many user do a a thread when some news drops, and i think this is kinda... bad, in the sense that there are a lot of interesting numbers / data which are missing. Not only that, but the archivie you made for so many years now is missing.

I think is sad to see that, because what you did for so many years is an amazing job and i don't want this to end.

01. would you start to do those threads again?

I would keep doing all the NPD threads and update it with consistent, i would really really love to do that. To be honest i always wanted to do that xD

Whatever is better than missing all those threads.

Tell me what you prefer, i'm fine with both!

It's a shame you don't do them any more Boutros. If you're not interested in doing it then I'd love for someone like Ryng to take over and keep the series updated.

It's been very useful for making sales adjustments over the years (although less-so nowadays with the lack of leaks and NPDs shift to revenue), and is a great historical resource.

A reply from Boutros would be kinda helpful :p i'm ready to make the thread xD

Hi Boutros. Sorry for disturb, but maybe you can update some old NPD threads?

I see many NPD threads for 2017 are not full of all informations. For example, hardware sales are not update (since the rumor we got of all hardware sales since January 2016 to June 2017).

Also some software, for example Persona 5 at 450k in April including digital ecc.

I'd find this useful too. I plan on going over NPD data for the last couple of years and making some adjustments, probably in the next month or two.

If the that info was all in the OP of your threads that'd save me so much time!

Oh yeah I absolutely plan on doing that soon-ish!

Machina posted something on Boutros's wall:

As a big fan of Mirror's Edge, what did you think to Catalyst?

Oh hey! Honestly I was really disappointed ;,,; It just didn't feel like a sequel and I'm not sure I enjoyed the open-world structure of the game. I didn't finish it in the end though. What about you?!

I enjoyed it actually. It's not as good as the original but it was still refreshing and fun.

I thought the characters (Plastic was great), dialogue and story were better.

I didn't see the need to lock anything behind RPG progression, but since you unlock the basics quickly that's a minor flaw. Also wasn't keen on the idea of introducing gadgets to the gameplay.

Thought the art style was slightly worse than in the original. And so was the music.

Didn't mind the open world, but by the same token it didn't feel like a particular step forwards. I think they felt the need to make it open world because that's what a lot of gamers and critics called for with the original, but I suspect they didn't play the timetrial challenges, because if they had they'd have realised just how much freedom and how many shortcuts there were in the original's maps. The open world in Catalyst was basically the same as that but with continuity between levels. It didn't feel like making it open world actually added anything in the end.

Yeah that’s how I feel too! But I was thinking of going back to it because the gameplay is still fun. By the way I don’t have a VR headset yet but wouldn’t Mirror’s Edge VR be pretty amazing?! I’d want that to be my first VR experience!

I'd rather have a proper sequel than VR, since I'm not interested in VR atm - certainly not until it's vastly improved.

Doubt either will happen given the sales though :( 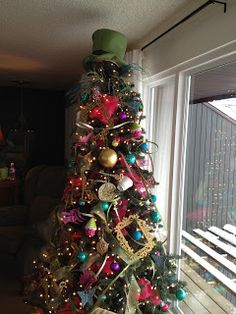 Merry Christmas to you too!! :D Love the Alice tree!!

Here is the invite:

Where is your staff tag?

The Sales Team tags still need to be built! They're on the dev list :)

Give him a shining one!

It's going to be grey:

Grey just like your soul, you monster!
Grey looks boring, either Green or Golden as it's about sales should fit it well.
I know both are taken (mod and top supporter) but you can pick some other shade within them.

Anyway, when is my Dragoon tag getting done?

Nah they can't use the same colour in a different shade, that's unsatisfactory.

Grey works well for sales - serious and sober. I'm quite looking forward to getting the tag myself!

It looks boring and lifeless like some corporation businessman xP

And if you expect serious and sober to match Boutros, damn you are in for a treat.
Show'em who's the drunk boss, Nii-chan!
*keeps being ignored*

I'm great thanks! What about you?! And what do you mean one week to find me?! XD

Intense stalking, is what he means.

I'm doing okay and who's the new kid at the bottom commenting LOL. teasing bralod,

I hope that's at least moderately understandable considering I'm talking into the microphone on this phone, you know how that goes, and yes I'm too lazy to type. it's way too early in the morning for that and I'm tired

LOL interesting. bralod is my #1 stalker but you're close second! FIGHT

I'm everybody #1 stalker, don't go on feeling all special!

Give me some credit I'm the only one who hasn't called the police yet.

Bro, I stalk the police too, I know you did!

Executed I got that veteran weapon we always win by default

What Vgchartz threads have more posts then the comg one? And how many do they have?

I believe the only thread with more posts is the PSV thread but the PSV is dead and COMG is alive so it's only a matter of time now!

Nope, Sonic Mania.
Sanic is no more (until Sanic Forces, at least).

Sorry I only play Sanic games.

Are you are masochist?

Is COMG ready for Knack 2?

How is it going, Bouty?

Great thanks! Though I'm salty Japan is getting DQXI and not us so I'm playing DQ Builders in the meantime! What about you?!

I was thinking about getting DQ builders just yesterday, is it good?
Does it have a ores ranking system like Minecraft to build weapons and armors and all that? Or only for modeling? I heard about a Sword of Kings so I know there is gear not fully related to the ores but does it feels organic to evolve with the world exploring? Can you cave anywhere?
Sorry for all the questions, but it would really help me, Terraria was one of my fav games last gen, I want Starbound to fucking come to PS4 already but I would love more of the genre as well.

Oh well I only started a couple of days ago so I'm not sure yet but I do know there are caves and there's stuff like coal and copper and silver and I built a sword with stone so I'm thinking that yes in that way it works just like Minecraft. Unlike Minecraft however I wouldn't just start digging anywhere and hope to find something as there aren't randomly generated caves. But the exploration is fun and item management isn't as much of a hassle as in Minecraft. But the game doesn't give you the same kind of freedom that Terraria and Minecraft do. There are a lot of turorials and characters to talk to so in that regard it's more like a typical JRPG. But I still recommend it!

I see, so it's not randomly generated.
I saw about some chars, seems like you have to build/rebuid a village to house them, it sounds cool, but the lack of full freedom sounds pretty sad, actually, maybe I'll look for some random videos on yt to gather more of the game feeling.

Thanks for all the info, nee-chan!

jason1637 posted something on Boutros's wall:

Yeah all the info is coming out

Have you been getting drunk too much lately?

I'm rarely dropping by the COMG thread to keep you on track!

Did you get Tekken, booty?

Nah I'm just so bad at fighting games. However I do like the ones that allow me to run away lol

Just get Eddy and have some fun xP
X and O is all you need!

I made the NPD thread while you were gone, if you need me to change anything, just say the word.

Oh yeah I saw that thanks a bunch too! Nothing to add you did great!

Now that you are here, fix your damn thread!

I'd need to sleep with an admin but I'm done with that life!

Go sit in the corner

I'm about to slap you with a bent Switch!

What else would you use it for if you're done with Zelda?

Does COMG still even exists?

If by 'exist' you mean get tbone banned because of Kerotan again then yes!

Boutros has 179 friends (view all)