For me, Japan is the X facter. It was never a huge part in the past couple of yrs for PS360. The big sales come from NA and Others. With the prices now in those 2 regions it will be too close to call. But if FFXIII and GT5 reease in Japan this holiday with bundles, then that will be the tipping point for PS3.
If they don't make Japan release for these titles, then 360 will edge out PS3 over the holiday season. Black Friday week is always crazy for 360. 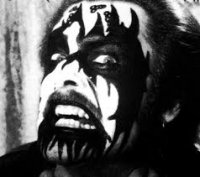 It will be a much closer race, but I expect the 360 to hold a lead at the end of the year.


Oh and PS3 will win each region

360 in NA, PS3 in EU & JA. WW will fluctuate weekly depending on marketing and bundle releases. All in all, I think the PS3 will outsell the 360 for the holidays, but not by much.

lol do people really think the 360 is gonna beat the ps3 in america? with a ps3 at $299 thats impossible imo.

But it doesn't matter, 360 raped ps3 last holiday so they are just letting sony put all their cards on the table.

Microsoft have plenty of room to make not one more but even two more price drops (sony simply dont have that luxury).

If sony doesn't make a big enough dent in to microsofts lead over the holidays then i'm afraid theres no way back whatsoever (lots of big hitters already released on ps3, not many console sellers left)

Come spring-summer 2010, Microsoft will be dominating again (best line up of games that i have seen in a looooooooooooooong time)

Thinking on this more. Id like to wait a bit for PS3 sales to settle down after initial first weeks on Slim being out. If it settles below 360 then Sony really cant do any more than they have done here.

Interestingly 360 sales are up in America and Europe for last week as you can see on the homepage. I expect 360 to sales to be close to 200,000 WW for this week in next weeks numbers. So it would seem that alot of people are valuing $299 Elite as a good system. Maybe the games library really matters alot to many. I dont know. But since the pricecut of the Elite, 360 sales have improved.

Well the PS3 obviously has Japan in the bag (what with the Slim and FFXIII release) it'll likely outsell the Wii for a few weeks in Japan again. Now Others the PS3 should have that in the bag aswell (what with the Slim and GT5 release), now America is the tricky one, there are a couple big exclusives coming out (Uncharted, Ratchet & Clank) and also a lot of big multiplats, so I'll say because of price and Slim that the PS3 will just edge it's self out from the X360 in America.

So with 2 regions guaranteed in the bag, and just barely the Americas, it should be obvious that the PS3 has this holiday.

I hope so and think so.