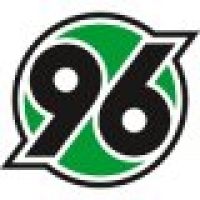 That is good news. VGCHARTZ has 844k PS3 sold in Germany but Sony's number is probably shipped so it is spot on....

09.02.2009 09:54
Sony and Media Markt have every reason to celebrate: A total of 1 million PS3 since its release on 23 March 2007 in Germany and the millions went to Media Markt on the table. An impressive sum, because the sale was therefore target two months before the end of fiscal year 2008 achieved.

Even the triumph of PlayStation ® 2 (PS2 ™), continues: 5.8 million have been sold in Germany, including 500,000 in the previous calendar year. This is the most popular PlayStation 2 video game system in Germany, especially for family entertainment. This is not at least as successful series SingStar ® or BUZZ! ™. In these games it is the controller to one side and by microphones or replace buzzer. In addition to these favorite games of the nation, also for PS3 to have considered, but also fans of Action, Adventure Racing and not too short: MotorStorm ® Pacific Rift, Gran Turismo ™ 5 Prologue, Ratchet & Clank ™: Quest for Booty, LittleBigPlanet ™, and Killzone ™ 2 - the range of products offers the right choice for every taste.

"We are very pleased and are very proud that we have exactly two months before the end of fiscal year 2008 our goal of one million PS3 for sale in Germany, have achieved. For all our customers, we would like to warmly thank for their confidence. You have given us in our previous strategy, which we have been the introduction of PS3 in March 2007 have taken, and thus confirmed contributed to the success of PlayStation continue. This also means that with a market share of 47 percent is still one in two in Germany selling TV-based game console, a PlayStation, "explains Uwe Bassendowski, Managing Director of Sony Computer Entertainment Germany.

This article says Wii has sold around 2 million:

One million PlayStation 3 (PS3) have been sold in Germany. For the Playstation 2 (PS2), there are about 5.8 million pieces.
Sony Computer Entertainment Germany (SCED) sells the Playstation 3 since 23 March 2007. Around one million PS3 systems durchverkaufte expected the company only for the March 2009, the end of the current fiscal year. The one million mark, according to an official announcement in January 2009 already cracked.

In the Playstation 2 predecessor, the sales figures continued to decline. Yet 2008 was around 500,000 PS2 sold in Germany. Altogether there are thus 5.8 million PS2 here.

By comparison, Nintendo's latest Wii game console has so far about 2 million copies sold. In Germany, the Wii in December 2006 on the market.

These are almost certainly shipped numbers as he says they hit their internal targets 2 months ahead of schedule. Spain is a similar size market to Germany for PS3 and SCE Spain's expectation for shipped units was 50k higher than sold through units, so we can expect similar here.

If you read the PR correctly you would have seen that the one millionth PS3 was sold in a MediaMarkt. So, the PS3 figure isn't shipped. Don't know about PS2 though.

Not bad for old sony in the deutchland...

That's just for publicity, neither GfK's or Sony's internal tracking is that good lol. They probably just knew which store the consignment containing the millionth shipped unit went to.

And they purposefully sold that unit first just to get this publicity?   Aren't most stores FIFO?  If so, then other units before it needed to have sold first before this one could've been sold.

It could also have been "this is the one millionth, just sell it first, and we can make some publicity about it", or perhaps they have shipped more than 1 million and just tagged a unit as the "one million mark", and when that got sold, they organized an event.

Hehe, yes, a lot of possibilities, but if it was me who had to organise it I'd go for the "this is the one millionth, just sell it first, and we can make some publicity about it", seems like the easiest way to me :p

Would seem stupid to do when tracking services may then bash the numbers now given by sony and mediamarkt when they release numbers, and it doesn't add up at all.

But I guess it's possible.