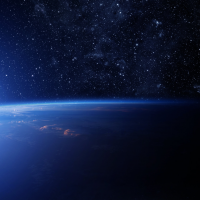 Nier Automata, but the reason why it's special has little to do with Platinum Games. I would rate the gameplay as average. Enjoyable but not great.

Yoko Taro vision and his way of telling a heavy story is what makes it special.

Just about every game from Platinum games are interesting but so far I have only played Bayonetta, and not for that long. The over the top action was to much for my small brain to handle. Watched a few of the games being played and Nier Automata is such a cool experience even for the onlookers, that got my vote.
But Madworld is just so unique in a stupid way. Need to play that thing. Childish game with extreme violence in a stylistic setting - not something one gets to play that often. If it ever gets a re release of some sort I have to pick it up.

Lmao! That's the greatest difficulty spike I've ever encountered in a game. Took me 5 hours of retries to beat the boss. I thought it was because I was playing on hard. My younger brother played on normal and because his play style is brute force, he plowed through the main game easily. He brute forced the stealth sections. Then he got to the boss and also spent 5 hours before he could beat it. I laughed!

Metal Gear Rising is the best game of the Metal Gear series.

For me it's been Bayo 1, MGR, Vanquish and Korra.

Considering that MGS Rising is a spin-off and not even in the main series, I think what you're really saying is that the Metal Gear series is not for you from a gameplay perspective. You enjoyed Rising, which is a great action game, more than you enjoyed any of the other Metal Gear games which are great stealth games. Personally, Metal Gear Solid 3 is one of the best games I've ever played, it has by far one of the most memorable boss fights I've ever experienced, and the story literally made me pause to think about my own values when I was done beating the game. Rising is on the next tier for me in terms of the games I've enjoyed the most. Basically, there are 8 games I gave a personal score of 9/10, and Rising is on that list, but there are 9 games where my personal score is 9.5/10 (or higher), and MGS3 is on that list. Yes, I actually keep a spreadsheet of all the games I've ever beaten, how long they took me and what my personal score is.

These are my personal tastes, of course, and I think my point is you stated your own personal taste as an absolute fact. That may not have been so jarring if we were comparing games in the same genre (stealth games), but the fact that you're referring to a spin-off that is in a different genre sounds like your preference is more about the action genre than the relative quality of the different entries in the stealth genre.

I thought it would be obvious for everyone this was my opinion. XD

To be fair It's called Metal Gear Rising not Metal Gear Solid Rising so it's not MGS Rising and he said Metal Gear. Solid was spun off from the original Metal Gear series.  I might agree with him tho technically Zone of the Enders 2 is in the MG universe but far in the future.  So I'd say ZOE2 and MGR are the best in the series.