I am not arguing whether or not COD will, in reality, become exclusive.  I would bet that it probably won't, just as I don't believe that the XS will dominate the PS5 to that level in the end.  So your official info doesn't matter to my point, which was always the comparison itself; something you continue to defend and something that I find absurd.  Even if we agree that, no, XS will not top PS5 in the US by 20m, and no, the PS5 will not outsell the PS2 in Japan, that doesn't make it a good comparison, even if the end result is the same.

So a 20M Xbox Series X/S lead in NA by the end of the generation doesn't seem outlandish to you? As I've pointed out in my other post, there are various things happening to the Series consoles that hasn't happened to the Xbox 360, as well as the PS5 selling significantly better than the PS3, that some people refuse to grasp. One look at the numbers will tell you what is needed for Xbox Series X/S to reclaim seventh generation glory days in NA. Currently it isn't doing enough to entertain that scenario even with the margin it is currently outselling the PS5 at. That's the reality some Xbox fans need to understand and come to terms with.

Also, regarding the second half of the Xbox 360's lifecycle, you know what else it had that tremendously boosted sales in NA? The Kinect fad. A lightning in the bottle moment for Microsoft that won't easily be replicated.

You mean like how XB stopped trying to build big blockbuster AAA (exclusivity) when they knew they stood no chance against PS?

Does this mean PS shouldn't and couldn't copy Game Pass, the new direction for XB where they excel?

Resistance was another attempt at a Playstation "Halo Killer" that I remember from back in the day; I actually enjoyed the Resistance trilogy quite a bit personally, but its fair to say it never managed to reach the same ballpark as Halo.

At any rate, I think trying to specifically "kill" a specific franchise is usually a bad strategy. Both Sony and MS are better off when they do their own thing instead of trying to copy each other's successes.

And while PS5 will still win this generation, MS is definitely in a position to win back significant marketshare if they play their cards right.

-Many AAA of Xbox won't be on PS anyway.

-Many AAA of PS will eventually come to PC anyway.

-Sony always copied Nin/MS, only time will will tell if they success or not, but most of their previous efforts failed. 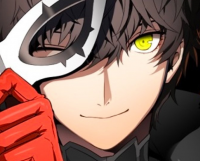 They all copied each other at some point. To suggest that only Sony does it is completely wrong.

Nin copied what of Sony??? And how many times they did compared to Sony?

PS does put some of it's AAA games on PC now, and there will be more to come. Took MS until XBOX to put their gaming on console.

I don't remember PS4's slogan changing to: If you don't like how the console works, buy a PS3 or just deal with it.

You just repeat exactly my first 2 points. The 3rd one has nothing to do with what i said.