It's not in the form of a difficulty slider, but how the game lets you ignore enemies and bosses to come back to them later when you're much stronger.
There are ways to trivialize pretty much every enemy in the game.

In previous From Soft games, if you got stuck on a boss, while you could run around and level up, usually that boss would still act as a roadblock.

In Eden Ring, if you're having trouble with a boss, there are 50+ other bosses you can go fight instead.
Or explore stronger areas you're not supposed to be in and grab powerful equipment or spells. Because there are few times when the game really forces you to fight, until late game.

And also unlike previous games, there are checkpoints you can chose to respawn from in case you die, so you don't always have to run all the way back to a boss if you got killed by one.
Elden Ring also gives you back all your healing potions to maximum capacity when you respawn. Which means spending less time farming healing potions, and more time practicing the enemy you're having trouble with. 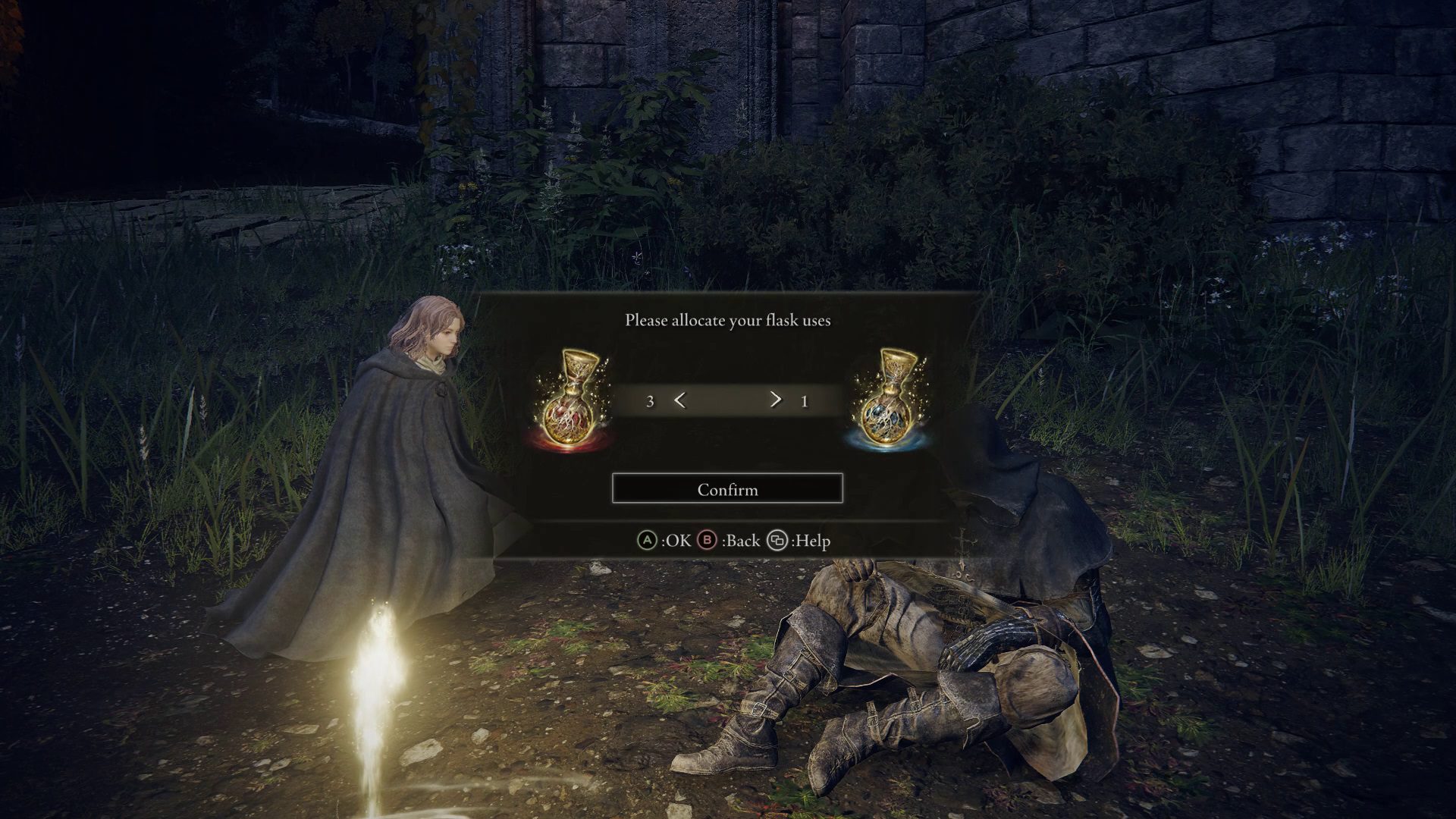 This game can be very difficult, but it can also be very easy, depending on how you want to play.

Though not to anywhere near this extent.
It used to be limited to the items and enemies (for EXP gain) they allow for each roadblock.

Unnecessary. The game was accessible enough.

Well for all the people asking for easy mode, this is an interesting approach.

and Coop. this game seems to encourage coop, so much so that it even gave you spirit summons as an alternative if you don't have online or friends.

I played through once solo (Barbarian class with a big hitty stick) and that was amazing, but now I'm doing a sorcerer build in coop and I think I might be liking it even more. yeah, Invasions suck and I still think they should be opt-in only, but other than that I think coop is the way to play if you want an 'easy' mode. Still hard but you can split agro and do better crowd control that way. Seems to be designed this way.

Plus when exploring the open world, you and your coop partners can occasionally get flask refills any time you kill groups of enemies or a particularly large enemy, incentivizing more exploration with buddies.

Yeah magic has always kind of been OP/and or broken in Souls games; okay maybe not DS3 lol. I think its down to the fact that most of the bosses Elden Ring are tuned for melee (okay maybe not Radahn pre patch).

Not to knock it though play how you like. Summons and all. Its all in the game so :P

I'm not even good at any Souls game, i just simply asked for a help then the community marked for me here and here and on and on. I did what they said, the game turned into an easy mode automatically like it felt like a scripted difficulty from hard to easy.

And that's how i finished Elden Ring in 90 hours, my build was mixed something like magic/melee together and level 155. I thought i would probably beat the game in over 300 hours. Yeaaah my playthrough is/was broken, although win is a win.

It's never bad to add more options to a game.